Tourism, transport, housing... the orphans of the Borne government 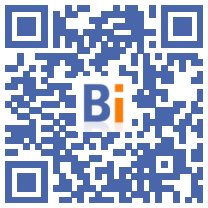 "And U.S ?" A number of portfolios such as Transport, Housing, Tourism, City, Industry, Veterans or Digital find themselves without a dedicated holder in the first government of Elisabeth Borne composed on Friday May 20, raising questions.

"No Ministry of Transportation!!!!" choked on Twitter, with seven angry emoticons, MEP Karima Delli, president of the transport and tourism committee at the European Parliament.

However, Elisabeth Borne knows the sector well. She had been a noted Minister of Transport between 2017 and 2019, and appointed immediately, as soon as Emmanuel Macron came to power.

It is not uncommon for sectoral positions, deputy ministers and secretaries of state, to be distributed later, after the legislative elections, but the list communicated on Friday includes 27 people, some of whom are responsible for the Sea, Childhood, 'Equality between women and men or La Francophonie. Hence the astonishment of the forgotten.

"There is no Minister of Transport and there is a Minister of the Olympics?", mocked Thierry Douine, president of the CFTC Transports, speaking of the new Minister of Sports and the Olympic and Paralympic Games, Amélie Oudéa-Castéra .

"I think we will have to react collectively. (...) It shows once again that we were essential employees during the health crisis, but since then we have been forgotten", he thundered in a blow of wire to AFP.

"We congratulate Amélie de Montchalin", new Minister for Ecological Transition and Territorial Cohesion who retains supervision over the sector, "and we are awaiting the appointment of a Minister Delegate for Transport", indicated more calmly a door- word of the Union of Public and Rail Transport (UTP).

Another orphan, Housing, which will also remain under the supervision of the great ministry of Mme de Montchalin.

"Happy to know that there is no housing problem in France. Otherwise, there would be a Minister of Housing", mocked on Twitter the mayor (PS) of Bourg-en-Bresse, Jean-François Debat .

However, according to the federations of real estate agents and rental management professionals Fnaim, Unis and Plurience, "purchasing power is a central and shared concern, like the ecological transition". “Housing is undeniably at the heart of these issues”, they regretted.

The outgoing Transport and Housing, Jean-Baptiste Djebbari and Emmanuelle Wargon, did not say a word Friday evening during the handover.

Another forgotten sector of the declaration of the secretary general of the presidency, Alexis Kohler, on the steps of the Elysée: Tourism.

"We are very disappointed that the very word tourism was not pronounced", lamented Didier Chenet, president of the GNI, the employers' organization of the independent hotel and catering industry.

Roland Héguy, president of the UMIH - the main employers' organization in the hotel and catering industry - expressed his "disappointment".

"We dare to hope that tourism will be taken into consideration after the legislative elections", also says Jean-Virgile Crance, president of the National Group of Hotel Chains (GNC).

Digital no longer has a dedicated Secretary of State, but it is at least mentioned in the attributions of the Minister of the Economy, Bruno Le Maire.

The Veterans were adopted by the new Minister of the Armed Forces Sébastien Lecornu. "I also become the minister of the memory of veterans and if in the title of the ministry the veterans do not appear, nevertheless I am fully the minister", he declared on taking office.

As for the Sea, his demotion from a ministry to a secretary of state offended more than one.

"We will get closer to Ms. Benin (the new Secretary of State for the Sea Justine Benin, MoDem MP) and certainly the Prime Minister to understand the weight of fishing and the sea within the new government", warned the Committee national maritime fisheries and marine farming.

Although regretting this disappearance of a full-fledged ministry, someone close to the office of outgoing Annick Girardin explained that the new formula would perhaps make it possible to get out of a sometimes complicated dichotomy between the ministry and the general secretariat of the Sea, attached to the Prime Minister and which coordinates the actions of the maritime prefects.

The City is nowhere for the moment. See you in the Official Journal in the coming days to find out which minister will have the hand.

The Federation of Real Estate Developers wonders where is the accommodation?

The FPI takes note of the composition of the Government announced today. She wishes the ministers success.

She strongly regrets that housing, the main item of household expenditure, does not benefit from a full-fledged ministry requested by the entire real estate sector and the REIT in particular. In addition, housing does not appear in any title of the ministries announced.

For Pascal Boulanger, President of the FPI: “After having been the great forgotten of the electoral campaign, we will firmly refuse that he be the forgotten of the quinquennium! It is an essential asset for each of our fellow citizens. The adjustment that will take place at the end of the legislative elections must imperatively correct this position. No one can blame us for not having sufficiently alerted us to the major risk of a real and deep housing crisis. »

There is a fundamental political battle to be waged for the French: to allow everyone, at each stage of their life, to find housing with dignity. It is therefore absolutely essential to quickly and effectively relaunch a supply of new collective housing, accessible, sober in terms of space consumption and with remarkable environmental performance, in addition to the necessary renovation of the old stock.

As local elected officials hold the power to issue building permits, the FPI expects the State to convey a strong political message to mayors:

For Pascal Boulanger, President of the FPI: “The Minister of the Interior and his Minister Delegate for Local Authorities, themselves from the territories, have the ability to effectively mobilize local elected officials in order to relaunch housing construction. Mayors need the political and financial support of the State to act. »

The State will also have to reconcile two imperatives, societal and environmental: to build enough, for all and affordable in a context of land sobriety and low carbon transition:

For Pascal Boulanger, President of the FPI: "The real estate developers of the FPI, through the quality of their achievements and the innovations they implement for the benefit of their buyers, demonstrate every day the many advantages of new housing to meet the challenges of land sobriety and low-carbon transition and meet the needs of the French. »

There is an urgent need to act for the REIT:

For Pascal Boulanger, President of the FPI: “Disappointed by the absence of housing in the 1st Government, the FPI will be vigilant, combative with the new executive and bearer of bold proposals. It is now available to ministers to provide effective and rapid solutions: the power to live is a non-negotiable priority for the French! »

Update: portfolios for housing and transport after the legislative elections

The government will be completed after the legislative elections with the allocation of portfolios dedicated to housing and transport, two themes within the scope of the Minister for Ecological Transition and Territorial Cohesion, spokeswoman Olivia Grégoire said on Monday May 23. .

"There will most certainly be new personalities within the government specifically dedicated, for example, to transport, housing, under the supervision of Minister Amélie de Montchalin (Minister for Ecological Transition and Territorial Cohesion, editor's note) directly placed under the Prime Minister", declared Ms. Grégoire to the press at the end of the first Council of Ministers of the government of Elisabeth Borne.

"The government will be completed after the legislative elections" of June 12 and 19, she had previously specified.

The absence of portfolios specifically dedicated to housing or transport issues when the new government was announced on Friday had aroused emotion and astonishment among players in these two sectors worried about a hypothetical disappearance of a ministry or state secretariat devoted to these issues.

"Minister Amélie de Montchalin has in her portfolio, within her perimeter, transport issues, housing issues, you know that there are major administrations at the service of these issues, today they have a minister", wanted to reassure Mrs Grégoire.

"This government is already operational on transport and housing issues, we may be missing a few ministers and (...) the President of the Republic and the Prime Minister will have the opportunity to complete the government team", he said. she further explained.

Amélie de Montchalin is one of the two ministers with Agnès Pannier-Runacher to support Elisabeth Borne in leading the ecological and energy transition in the new government.