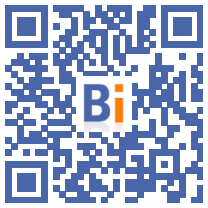 Parliament validated Wednesday, September 14 the appointment of Valérie Metrich-Hecquet as Director General of the National Forestry Office (ONF): the candidate proposed by the Elysée will take the head of an establishment heavily in debt and exhausted by deletions massive number of positions.

The economic affairs committees of the Senate and the Assembly heard the senior civil servant, director general of the economic and environmental performance of companies (DGPE) of the Ministry of Agriculture, before proceeding to a vote.

His election was tighter in the Senate (10 votes for, 12 against, 2 blank ballots) than in the Assembly (29 votes for, 22 against, 2 abstentions). Her candidacy could only have been invalidated if at least three-fifths of the votes had been cast against her in each of the committees.

General engineer for bridges, water and forests, Ms. Metrich-Hecquet was secretary general of the Ministry of Agriculture from 2014 to 2018, before taking the helm of the DGPE: in this capacity, the majority union among the staff, the SNUPFEN Solidaires, believes that it "steered the policy of drastic reduction of the ONF's workforce".

"You were among the operators of what has often been called institutional abuse", accused PS deputy Dominique Potier during her hearing, while Mathilde Panot (LFI) was surprised that Ms. Metrich-Hecquet n didn't have "a word about the suffering of the agents" during his presentation.

Emphasizing the fragility of the French forest, which must urgently adapt to climate change after a summer marked by monster fires, the candidate said she wanted upon her arrival "to ensure the adequacy between the missions and the means" of the NFB.

If it turns out that the missions linked in particular to the detection and prevention of fires cannot be fulfilled, this could lead to "a non-application of the reductions in staff on these missions", she said.

The objectives and performance contract with the State plans to cut nearly 500 additional positions (475 full-time equivalents) between 2021 and 2025.

"I will fight for the establishment, but I consider after 35 years (of public service) that the civil servant has a duty of loyalty and I will apply the decisions taken by the government", she however warned.

Its roadmap also includes support for the timber industry, which allows the office to reap revenue, or the strengthening of dialogue with local communities and forest users.