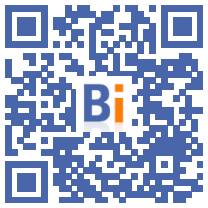 The 12th edition of the International Design Biennial in Saint-Etienne, initially scheduled from April 28 to August 22, has been postponed for one year due to the health context linked to Covid-19, its organizers announced.

The latter, in a press release, justified their decision by pointing to "persistent health uncertainties relating to the opening of cultural facilities" and "the organization of events bringing together people in face-to-face".

"We were reaching the limit of when we would have to launch the installations, with many contraindications from the public authorities and a significant financial risk," Marc Chassaubéné, president of the AFP, told AFP. Public establishment for cultural cooperation (EPCC) Cité du design.

"As an extension of the work already undertaken, this Biennial will be devoted to the theme of Bifurcations and the contribution of design in the management and nature of our changes in individual and collective behavior", assured those responsible for the event.

With a budget of 4 million euros, this edition, of which Africa is the guest of honor, must mark a change from the previous ones, with a duration of nearly four months, against a month previously.

The previous Biennale, organized in spring 2019, had a lower attendance compared to 235.000 visitors in 2017, due to the demonstrations of "yellow vests"