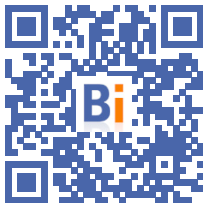 The LR mayor of the XNUMXth arrondissement of Paris, Philippe Goujon, will ask the next Paris council to postpone the controversial Tour Triangle project, the construction of which is due to begin by the end of the year.

In a wish transmitted to AFP and which must be submitted to the municipal council starting on November 16, the elected representative asks "that the Triangle Tower project be suspended pending the adoption of the new PLU (Local Plan bioclimatic) "which will regulate construction in the capital at the end of 2023.

The lessor, the shopping center giant Unibail-Rodamco-Westfield (URW) which will own it for 80 years, announced Monday that the site would start by 2022, with the financial support of the insurer Axa, to be completed in by 2026.

But for Mr. Goujon, "the arguments advanced in 2008 to justify the construction" of this tower, which "will obstruct the landscape of the south of the XNUMXth century and well beyond", are "obsolete".

"Dated", the Triangle Tower "no doubt no longer meets the needs of companies that the Covid-19 crisis and the development of teleworking are leading to rethink", underlines Mr. Goujon, opposed to the project since its launch in 2008.

Other historic opponents of the project, the Greens will also submit a wish to the next Council in Paris, asking it to abandon a project they see as an "ecological aberration".

"Mathematically, there is a majority against this project. It would be a shame if we could not find it", reacted Emile Meunier (EELV), questioned by AFP on the possibility of an alliance between environmentalists , allies of the mayor PS Anne Hidalgo, and the opposition of right and center.

The elected ecologist, president of the town planning and housing commission, asks that "all means be implemented, including political ones, to bring down this tower".

The first deputy (PS) Emmanuel Grégoire estimated Wednesday that the city of Paris "could no longer stand in the way" of the construction of this tower of 180 meters in height since the green light given by the Council of Paris in 2015 and the issuance of the building permit in 2017.

The final project for the 42-storey building, which will notably house a four-star hotel, more than 2.000 square meters of shared workspace (coworking), a health center and a cultural space, is "not totally stopped in detail ", indicated Mr. Grégoire for whom" we still have a lot of time to refine the program ".