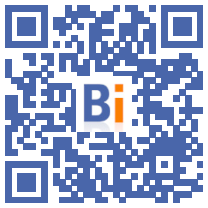 Mr. Édouard PHILIPPE today handed in the resignation of the Government to the President of the Republic, who accepted it. He is replaced by Jean Castex as Prime Minister.

The President of the Republic appointed Jean CASTEX Prime Minister, and charged him with forming a Government.

Who is Jean Castex, the new Prime Minister?

Jean Castex, born June 25, 1965 in Vic-Fezensac (Gers), is a French senior civil servant and statesman. He has been mayor of Prades (Pyrénées-Orientales) since 2008, deputy secretary general of the Presidency of the Republic between 2011 and 2012, regional councilor for Languedoc-Roussillon from 2010 to 2015 and departmental councilor for Pyrénées-Orientales since 2015. During the elections 2020 municipal elections, he was re-elected mayor in the first round, obtaining 76% of the vote.

On April 2, 2020, he was charged by Prime Minister Édouard Philippe with coordinating the government's work of reflection on strategies for the gradual exit from the confinement of the French population due to the Covid-19 pandemic.

On July 3, 2020, Jean Castex was appointed Prime Minister by the President of the Republic Emmanuel Macron, following the resignation of Edouard Philippe.