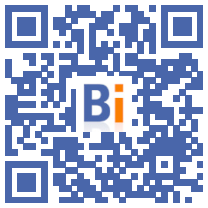 The FRESH-ECOPAVERS project piloted by ESITC Caen, in partnership with ESITC Paris, the city of Alençon in Orne and the Parisian Climate Agency, tackles the phenomenon of “Heat Islands” which affects the cities. The research is based on draining eco-pavers made from crushed shellfish co-products developed by researchers from ESITC Caen.

The earth is warming at a sustained rate as a result of the increase in greenhouse gases produced by human activity. The situation is reflected in particular by the increase in heat waves in formerly temperate regions, with consequences on the health of the most fragile and environmental people, the intensive use of air conditioners leading to an increase in electricity consumption.

The phenomenon is strongly felt in large cities due to the concentration of buildings and the lack of plants and permeable soils capable of absorbing solar energy. The temperature differences measured can reach 10 ° C at the height of heat waves.

Among the most densely populated and least vegetated metropolises on the planet, Paris has tackled the problem head on through the Territorial Climate and Energy Plan (PCET) which makes it one of the world leaders in the field. The Parisian Climate Agency, the city of Alençon, ESITC Paris, will be alongside ESITC Caen in the FRESH-ECOPAVERS project, supported by ADEME, the Normandy and Ile-de-France regions, in within the framework of the Interregional State-Regional Plan Contract (CPIER) for the Seine valley.

A material from the circular economy to fight against urban warming

The eco-paving developed as part of the FRESH-ECOPAVERS project will participate in the adaptation of the urban space, will be able to provide a response to the constraints of global warming, in the same way as the creation of green spaces and the revegetation of roofs. and buildings.

The work will focus on the optimization of drainage pavement coverings based on shellfish co-products patented in 2015 by ESITC Caen. The water retention property of this material, initially designed to improve the evacuation of precipitation and prevent the risk of flooding, should be able to restore the freshness of the soil in conditions of high heat and create islands of freshness.

ESITC Caen and its partners will endeavor to better understand the functioning of porous paving stones in heat management, at the laboratory scale, then through pilot projects located in the Seine Valley area.

These will make it possible, thanks to technical instrumentation, to study the operation and the gain brought by eco-pavers in terms of restoring freshness on two pilot projects: a project in Caen La Mer and a project in the City of Alençon. .

The project also testifies to ESITC Caen's commitments in favor of the circular economy since it responds to a local demand for recycling shellfish available in large quantities on the Normandy coast.

The teams from the school's laboratory set out to imagine a material replacing the gravel usually used by shellfish waste. This project, with a total budget of 906.428 euros, started on September 1, 2020 for a period of 2 years.