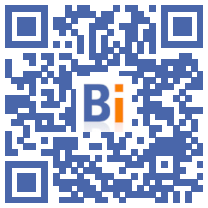 The Confederation of Crafts and Small Building Companies (CAPEB), via its subsidiary Béranger Développement, and EDF, the leading producer and supplier of electricity in France, have just renewed their partnership.

This partnership agreement signed by Jean-Christophe Repon, Chairman of CAPEB and Fabrice Gourdellier, Director of Individual Customers at EDF, aims to support CAPEB member companies in promoting actions to achieve energy savings and to reduce greenhouse gas emissions in the home. EDF has set up the Prime Energie portal (www.prime-energie-edf.fr) to help finance work eligible for Energy Savings Certificates.

As part of this agreement, which extends the one signed in 2018, the CAPEB, through the departmental CAPEBs, will continue to raise awareness among professionals involved in energy renovation of the benefits of the system put in place by EDF. In particular, it will continue to organize information, promotion and communication actions highlighting the support mechanism offered by EDF to households via the Prime Energie portal as part of the CEE scheme.

For its part, EDF will continue, via its commercial network spread over the national territory, to support the departmental CAPEBs in the mechanism put in place for households within the framework of the CEE system so that they bring information to member craft businesses. at CAPEB. For certain operations, EDF renews the possibility for households to benefit from a loan at a reduced and subsidized rate for their work, subject to conditions.

For Jean-Christophe Repon, President of CAPEB: "Building on our previous partnership, which made it possible to reach 4.000 companies and support more than 60.000 individual files, this new opportunity offered to us today through this renewed partnership is welcome to mobilize even more of member companies on the subject of the energy transition in our businesses. Through its expertise, EDF, which has developed a reliable and intuitive system that allows households to be better supported for their energy renovation work, fully supports our companies. »

For Fabrice Gourdellier, Director of Individual Customers at EDF: “EDF wanted to renew its partnership with CAPEB, which has met with great success since it was signed in 2018. Our direct bonus scheme, implemented since 2017, has proven its worth. By paying financial aid in the form of a check to households carrying out energy renovation work, EDF encourages them in their energy transition. This renewal of the partnership signed with CAPEB will make it possible to intensify EDF's support for CAPEB members in a context of regulatory changes aimed at the best quality of work for households. »