WorldSkills awards: a fine harvest for the building trades and public works team 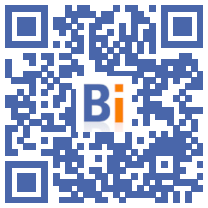 The CCCA-BTP, partner of WorldSkills France, was present in Lyon, from January 13 to 15, at the national finals of the 46th edition of the WorldSkills Competition, under the banner of the “La Construction. Tomorrow is invented with us”.

A campaign organized by the CCCA-BTP, mobilized with construction professionals, to promote innovation, diversity and the richness of trades in the construction sector, to promote apprenticeship as a way of initial professional training for excellence and success and make young visitors want to join a sector with a future.

On the construction pole, the most important in competition with 17 professions represented, 160 candidates, aged under 23, competed for three intense days of competition, showing the best of themselves by mastering their know-how, their talent, their determination and the passion they bring to their respective jobs.

Digital construction made its appearance in the competition on the occasion of these national finals, with a subject inspired by a project under construction in the Auvergne-Rhône-Alpes region. During this 17 p.m. test, the five candidates had to call on all the skills necessary to carry out a BIM project: modeling and creation of digital models of the structural work and interior fittings (ceilings, partitions, doors, floor) .

Tremendous ambassadors of the values ​​of excellence and success transmitted during their training course, the young competitors have all fully embodied the mutual aid, complementarity and team spirit inherent in the construction trades, while symbolizing excellence. of the learning model.

Ministerial visit to the “La Construction. Tomorrow is invented with us »

Prime Minister Jean Castex came to the competition site on January 14 to meet the young competitors, accompanied by Jean-Michel Blanquer, Minister of National Education, Youth and Sports, and Elisabeth Borne, Minister of Labour, Employment and Integration. Jean Castex lingered in the CCCA-BTP space to encourage young people competing in the 17 construction trades. He discussed with Éric Routier, president of the CCCA-BTP, and Jean-Christophe Repon, vice-president of the CCCA-BTP, on the training of young people in construction trades through apprenticeship and insisted on the need to make them even more attractive.

58 young winners for the construction division

The winners of the national finals of the 46th WorldSkills Competition were announced on January 15 during the closing ceremony at Eurexpo Lyon. 58 young people, including two trade pairs (urban development and pipe networks / reinforced concrete construction) were rewarded in the 16 construction trades in competition and for the Digital Construction event. These winners will have the honor of competing at world level in Shanghai in 2022 and at European level in Saint Petersburg in 2023.

Find the complete list of the BTP awards on laconstruction.fr et ccca-btp.fr

For Éric Routier, President of CCCA-BTP: “With our construction trades, young people looking for their professional orientation have a solid future assured in our sector, which offers great career prospects. Most of the competitors were trained through apprenticeship, thanks to the daily involvement of their company apprenticeship master and their trainers at the training centre. The young medal-winning champions at these national finals have once again demonstrated their talent and professionalism, as well as their perfect mastery in the practice of their respective trades. It was also important to take advantage of this national event to put young people and our construction trades in the spotlight, to affirm loud and clear that apprenticeship is more than ever a path that leads to excellence and success. The CCCA-BTP, long-time partner of WorldSkills France and partner of these national finals, was present at the heart of the BTP pole, under the colors of the campaign to promote trades and BTP apprenticeship "La Construction", which we lead with young people. This event, where we see how happy the young people who have chosen our construction sector are, was an exceptional showcase for promoting our professions, showing young visitors that they are innovative and attractive and making them want to join our construction sector! »