Winners of the first WinLab' Innovation Trophies, the CCCA-BTP incubator 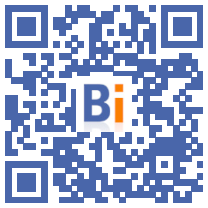 Because innovation is a strategic lever and an accelerator of attractiveness, agility and performance, in order to better anticipate developments in the construction sector, the CCCA-BTP launched in November 2021 the first edition of the Innovation trophies, organized as part of its incubator and trendsetter, WinLab'.

Six trophies were officially presented and nine winners (team or individual) were rewarded during the evening dedicated to innovation in the construction sector, organized on May 24 in Paris. 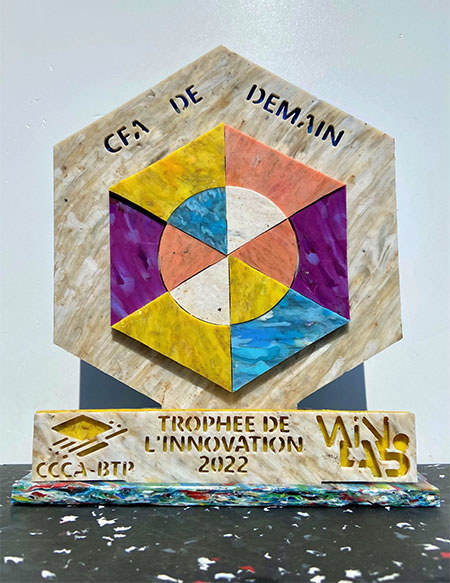 Dedicated to vocational training through apprenticeship in the construction and public works trades, this competition, open to all apprentices and trainers within training organizations for construction trades, as well as to training companies, aims to highlight and disseminate their most innovative experiences and practices, developed in 2020 and 2021.

The WinLab' Innovation Trophies meet a triple objective: to explore the sources of innovation from training organizations for construction trades, to qualify local solutions that can be duplicated on a large scale, at the national level and to promote the experiments carried out within training organizations for construction trades, to increase the efficiency of the solutions and training courses offered.

The projects had to be part of an innovative structuring initiative, able to transform an organization, a behavior or a use, by the concrete implementation of an original, useful and replicable idea. More than a hundred projects were presented, from all French regions. 24 projects were pre-selected, then presented to the national jury which designated the nine final winners.

Category “The CFA of tomorrow”

Project leader: Émilie Hébrard (BTP CFA Gard)
This project brought together a team made up of Émilie Hébrard, trainer at BTP CFA Gard, Nathan Ranc, Enzo Soulier and Romain Martin, apprentices in the second year of CAP Fitter in sanitary installations and Attoumane Charfène, apprentice in the second year of CAP Electrician (ne ). Going against the current of all digital, this project aims to bring the artistic world closer to that of the construction sector, to bring art into the CFA. Artists and artisans produce unique works in the same way. Their rapprochement offers an innovative and collaborative vision of learning in the construction industry, bringing lessons, cultural exchanges and open-mindedness. Artists' residence, library, expression workshops are at their disposal at the CFA, to exchange and give free rein to creation. The project, very easily replicable in other CFAs, also offers all young people the desire to project themselves into the construction trades.

“Attractiveness of my CFA” category

Project leader: Pascale Duhen (BTP CFA Auvergne-Rhône-Alpes)
Pascale Duhen, regional development coordinator, Margaux, work-study in communication, and Dimitri, communication officer at BTP CFA Auvergne-Rhône-Alpes, have imagined, to promote construction trades and apprenticeships for training, a project relying on social networks, a favorite means of expression for young people to make them want to join the sector. After listing the main messages they wanted to convey to them (concrete and promising professions, open to women and men, which evolve and which perpetuate real know-how, etc.), they chose to commission influencer Julien Geloën to deliver them. Eleven videos were produced in the eleven training establishments in the region and on construction sites and concern eleven professions. The project received funding as part of the regional council's “Attractiveness of professions” call for projects. Its track record is very positive, with 6 views generated by each video and 000 views for the video published by the influencer.

Project leader: Guillaume Mary (BTP CFA Ocquerre)
Guillaume Mary, head of the CRAF (resource and training assistance centres) at BTP CFA Ocquerre, Hervé Lambert, trainer in pipeline construction and public works, Abdulla Akbar, trainer in technical drawing and their apprentices in the 2nd year of CAP Constructor of public works pipeline networks, have designed a project to overcome the difficulties of identifying valves for public works companies. To locate a valve as quickly as possible, as part of the monitoring and traceability of a construction site or an emergency situation, they have developed a QR code for pipes, which incorporates two concepts: interdisciplinarity (between drawing workshop and the CFA CRAF) and interoperability between two IT systems (AutoCAD software and QR code). By scanning the QR code, the entire network plan is displayed with its technical sheet and its traceability. Linking traditional techniques to digital ones, the project allowed apprentices to project themselves towards the CFA and the construction site of tomorrow and will be reproducible on all types of pipe networks.

Winning project: "Wood waste: a source of savings and attractiveness"

Project leader: Jean-Louis Pouly (BTP CFA Aube)
Jean-Louis Pouly, carpentry trainer, and Éric Lefranc, director of BTP CFA Aube, have imagined a project to recover waste, by recovering shavings and pieces of wood from the workshop to transform them into wooden plugs at high calorific value to supply the wood boiler of the CFA. The shredder, with a filter equipped with a compactor installed at the CFA, will also allow carpentry and construction companies in the Troyes-Champagne metropolis to come and shred their wood waste (planks or pallets), but also to a recycling company of waste located five kilometers away, partner of the project, to come and burn their household waste. Pascal Landréat, mayor of the commune of Pont-Sainte-Marie, and Georges Bell, president of the Chamber of Trades and Crafts, are involved in this project, which offers the community the opportunity to solve their management problems. garbage.

The four winners of the Future Vision Prize

Elvanie KAGWIZA, apprentice (training at ESITC Paris)
Elvanie KAGWIZA, 3rd year student at ESITC Paris and apprentice works engineer at Colas France, created “Elles GO”, to respond to the theme of inclusion through diversity in the construction industry. Her project aims to encourage women to orient themselves in construction trades, thanks to non-stereotyped cartoons, allowing them to familiarize themselves with the world of construction from an early age. "Elles GO" is suitable for all women and all age groups, through a platform for exchanges and workshops, led by women, offering a support program for the search for employment and professional reintegration.

Camille CALLENS, apprentice (in training at the CFA Compagnons du Devoir and the Tour de France Hauts-de-France)
Camille Callens, apprentice cabinetmaker at the CFA des Compagnons du Devoir and Tour de France in Villeneuve-d'Ascq, supported by two members of the National School of Architecture and Landscape of Lille (ENSAPL) and by two companions, respectively carpenter and plasterer, designed a project to meet the new challenges of saving materials and resources. Carried out as part of the Rehabilitation Challenge, a collaborative project of the Compagnons du Devoir and ENSAPL, the “Box Office” project has made it possible to build a modular, ergonomic, aesthetic and comfortable architect's office for the future user. From its design phase, savings in raw materials have been made, by limiting new materials, integrating recycling and reusing wood offcuts. The project made it possible to share the knowledge of each profession without compartmentalizing skills.

Pierre THOREL, apprentice (in training at BTP CFA Lille Métropole)
Pierre Thorel, 22, an apprentice in training at BTP CFA in Lille Métropole, is a former nursing student who converted to the building sector. Social networks, his favorite field of expression, made him known on Instagram under the name "The Apprentice 2.0". He created the "Reconversion 2.0" project to share through his stories his daily life in the CFA and in business, give advice, promote construction trades to the 2 young people and their families who follow him on the networks, to give them desire to join an attractive and innovative sector that fascinates him.

“From building to land” project

Matthias MEURANT, apprentice (in training at BTP CFA Arles)
Matthias Meurant, 25, has been an apprentice at BTP CFA Arles for three years. After a BEP Cold, he is training in electrician CAP and plans a BP fitter of HVAC and sanitary engineering installations. A rugby player at the RC Saint-Gillois club, he wanted to connect these two passions and share the common values ​​of teamwork, mutual aid and cohesion in construction and rugby, by carrying out the project "From building to field". BTP CFA Arles, which has become the club's shirt sponsor, thus enjoys good visibility, with its logo affixed to the stadium panels during matches, as well as on the players' shirts. This winning partnership has made it possible to attract new talents to the construction trades, who have registered for the CFA, but also to companies to recruit apprentices.

Project leader: Mikael Tassin (BTP CFA Centre-Val de Loire)
The team of five trainers Sophie Grand, Florence Mousseau, Sandra Bisson, Emmanuel Romanet and their captain Mikaël Tassin from BTP CFA Indre, Indre-et-Loire, Eure-et-Loir, Loir-et-Cher and Loiret from BTP Centre- Val de Loire organized the L@bConnect project. Its objective: to transform CRAFs (resource and training support centres) into L@b, third places dedicated to digital, technological, technical and educational innovation. The L@bConnect is a systemic project, in which the CFA, its environment and its external partners can interact, learn and invent. Easily reproducible, this collaborative and regional project aims to pool knowledge and experience. Equipment (3D printer, interactive touch pad, modular furniture, etc.) has been acquired to promote interconnection between all learners, trainers and partners. Vector of transmission, L@bConnect places educational innovation at the heart of its system, in particular by integrating multimodal training courses that are as close as possible to user needs.

With the ambition of symbolizing the challenges of the circular economy and the climate emergency, WinLab' has entrusted the Sauvage Méditerranée association with the mission of creating original trophies to reward the winners of the competition. Entirely made in France, they were made by hand from hundreds of plastic fragments collected in the Mediterranean Sea, but also on the beaches and Mediterranean coasts.

Several awards were also presented to the winners and finalists of the WinLab' Innovation Trophies in the four categories.

The winners of the Grand Jury Prize and the Vision d'avenir trophies will benefit from a "Learning expedition" from WinLab', in Montreal, from July 5 to 9, 2022.

A true trendsetter, WinLab' carries the CCCA-BTP's commitment to innovation and multiplies the bridges between training and construction players. In five years, it has made it possible to initiate numerous solutions carried out by training organizations for construction trades and companies training apprentices.

WinLab' identifies weak signals, emerging practices and innovative solutions. Through the events in which it participates and the research work it conducts each year, it contributes to creating synergies and operational applications within the building and public works ecosystem, but also with other sectors of construction. 'activity.

In its innovation strategy, the CCCA-BTP, through the calls for projects it organizes, offers training organizations for construction trades, companies and start-ups a privileged testing ground on four themes: development learning, ecological transition and sustainable development, digital transition and skills development.