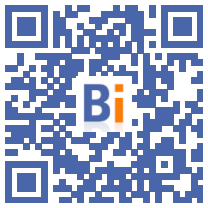 Action Logement recorded a loss of 284 million euros in 2020, a first for this organization managed jointly by employers and unions, from a tax levied on companies.

The former 1% Logement is one of the main French players in the HLM world and even in housing in general. Not only is he one of the main owners of low-cost housing with real estate assets equivalent to tens of billions of euros, but he also helps finance many other social landlords.

In 2019, the organization had generated a flourishing net profit of 1,4 billion euros.

In 2020, a "special year" due to the Covid-19 pandemic, "the intensification of all of its activities was reflected in the group's financial results," said Action Logement in a press release.

The joint group has "mobilized its financial capacity in the service of its mission of social utility, more necessary than ever". "It confirms its role as a key player in affordable housing for employees and businesses," he adds.

As of December 31, 2020, the group's consolidated balance sheet stood at 91 billion euros, almost 70% of which is rental stock.

The Action Logement Service (ALS) branch lost 1,9 billion euros last year due to the increase in the amounts of subsidies to finance actions within the framework of its Voluntary Investment Plan (PIV).

The organization has also carried out support activities for employees with the lowest incomes.

He also suffered a levy of 500 million euros operated by the State, noted the director general of the organization, Nadia Bouyer, cited by Les Echos.

In 2021, the cash flow of Action Logement Service (ALS), "already largely engaged in concrete actions to support the recovery, after having been requested by a new State levy of 1 billion euros, amounted to to 2,4 billion as of May 31, "the statement said.