Covid, employment, security: the executive appears to the task for "200 days" 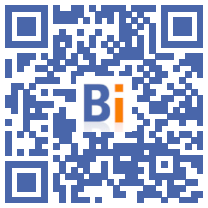 With 200 days of the presidential election, the executive wanted to show itself to the task by listing, through the voice of Jean Castex, its priority projects, from the fight against the Covid to employment through a major plan of 'investments, but without mentioning the pension reform.

"200 days separate us from the next democratic deadlines, 200 days to act to the end," hammered the Prime Minister after a government seminar at the Elysee Palace, under the aegis of Emmanuel Macron.

Wanting to prevent trials in motion as the re-election campaign for Mr. Macron begins, the executive took stock of its work in progress, of which the pension reform, sea serpent of the five-year term, is not part . "The conditions", namely the pandemic under control and a solid economic recovery, "are still not in place," Castex argued.

This identified two major axes for the next seven months: "Take the necessary measures again and again to protect ourselves against any possible resurgence of the epidemic risk; consolidate and amplify the economic recovery in the service of employment and the development of our productive potential ".

On the health side, the continuation of the vaccination campaign occupies a preponderant place: "We are not at the end of the road", insisted Mr. Castex, even if "88% of the population of age to be vaccinated received a first dose ".

The head of government recalled that a "major vaccine booster campaign" was in preparation, starting with the over 65s. The next few weeks will also be marked by the entry into force on September 15 of the vaccination obligation for caregivers, or the end of the reimbursement of antigenic or PCR tests on October 15.

Encouraged by the current good performance of economic indicators, which would validate the policy of "whatever the cost" carried out during the Covid crisis, Mr. Castex also called for "amplifying this dynamic" by targeting 4% growth for 2022.

In this perspective, the executive wants to tackle recruitment issues in certain sectors. An "ambitious skills investment plan" will also be presented by the end of September.

For young people, the Prime Minister recalled that a commitment income for unemployed or untrained youth was being developed and would be unveiled "in the coming weeks", consisting of "demanding support on the basis of 'a give-and-take contract for a limited period of time ".

At the same time, salary negotiations have been launched in certain branches, such as hotels - cafes - restaurants, to strengthen the attractiveness of these professions.

Among the other reforms underway, Mr. Castex called "indispensable" the controversial one on unemployment insurance, which will be gradually applied "between October 1 and December 1".

"A plan for self-employed workers, the objective of which will be to facilitate the conduct of their activities and improve their social protection", is also in the pipeline, as is "a new crop insurance scheme" for farmers making in the face of "extreme climatic events".

Finally, the "France 2030" investment plan, complementing the current recovery plan and targeting a few "industrial and economic sectors of the future", will be presented "during the first half of October", declared Mr. Castex.

Mr. Castex listed other "committed projects", emphasizing the increased resources for the regal, between the "Beauvau of security" that Emmanuel Macron will conclude next week and the "States General of justice "that the head of state will launch" next month ".

Mr. Castex also gave an appointment in October for the social security financing bill which will strengthen the dependency sector, seeming to bury in the process any major law on this subject by the end of the mandate.

Finally, the agenda will also be marked by the return of the law on decentralization and deconcentration (3DS), the 3rd referendum on the independence of New Caledonia (December 12) and especially the French presidency of the European Union. from January 1, which will have to occupy a good place in the campaign of Mr. Macron.