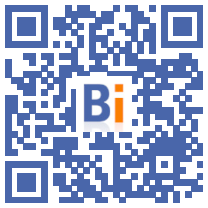 A point of the renovation project of the Museum of Fabrics in Lyon, piloted by the architect Rudy Ricciotti and financed by the Auvergne-Rhône-Alpes Region, was challenged in the metropolitan council on Monday following a commission of inquiry, a we learned Monday, November 21 from the Metropolis of Lyon.

In a report delivered in June 2022, investigators refused to validate modification n ° 3 of the local urban planning and habitat plan (PLU-H) of the Metropolis, which included the extension project of the Museum of Tissues , taking into account the complaints of local residents who dispute the height of one of the buildings, intended for the archives and the heritage of the museum.

Directed by Rudy Ricciotti, architect and engineer Grand Prix national d'architecture in 2006 and gold medal from the Academy of Architecture, the museum project "cannot, as it stands, be the subject of a project to build in the PLU-H", indicates to AFP Béatrice Vessiller, second vice-presidency of the Metropolis of Lyon, since "the commission of inquiry asked us to withdraw this point".

A new project must therefore be presented to the Auvergne-Rhône-Alpes Region, which finances the renovation of the Museum of Tissues, and must then be integrated into the PLU-H before being submitted, once again, to a public inquiry, details The city.

This process could delay the opening of the establishment by three to five years, taking into account the next modification of the PLU-H, the filing of the building permit and the works, deplored to AFP a source close to the file. .

"The project has already been reworked for several months, following the comments of local residents. We did not wait for the modification of the PLU-H", declared for his part Pierre Oliver, LR mayor of the XNUMXnd arrondissement of Lyon and regional councillor. "Our priority is to save the museum", one of "the most beautiful cultural projects in France" which has "two million collector's items", "while respecting the expectations of local residents", he assured.

Solicited by AFP, Rudy Ricciotti could not be reached immediately on Monday. He is notably the architect of the Museum of European and Mediterranean Civilizations (MuCEM) in Marseille, the Pavillon Noir performance hall in Aix-en-Provence and the Jean-Cocteau Museum in Menton.