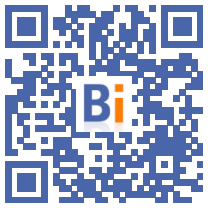 Another pharaonic project that is derailed: the president of the regional transport authority of Ile-de-France Valérie Pécresse denounced an additional cost from SNCF Réseau of more than 1,7 billion euros on a branch of the RER E, which will include a deep tunnel between Paris and La Défense.

This site, for which the largest tunnel boring machine in France is currently digging 35 meters under the streets of Paris, must extend line E to the west of Paris to Nanterre then Mantes-la-Jolie. It was estimated at 3,8 billion but should ultimately cost 5,4 billion euros, Valérie Pécresse told Le Parisien.

"SNCF Réseau does what it wants and despises its funders," said the president of Ile-de-France Mobilités and candidate for the presidential candidacy. "We are in the grip of permanent blackmail on his part, work interruptions if we do not advance the cash. (...) It is unacceptable. This time, we can no longer pay!"

Asked Thursday by AFP, SNCF Réseau replied that "discussions are underway with funders on the costing", without giving its own estimate.

"Modifications to programs external to the project and additional constraints, including contingencies and unforeseen events, have occurred since the start of the work, to which is added the Covid 19", indicated SNCF Réseau. These contingencies "remain today within an envelope of 30% of the initial cost".

The SNCF in particular cited "two significant floods of the Seine as well as particularly numerous demonstrations, in particular during the movement of the yellow vests, which imposed on us the dismantling of site installations and the shutdowns of production".

According to a source familiar with the matter, SNCF announced this overrun on Wednesday during a technical meeting with the City of Paris, requesting an additional 800 million euros for the first section (a tunnel connecting Paris Haussmann and Nanterre), including 500 million before December 31, 2021.

Often called Eole, the RER E currently connects Chelles and Tournan (Seine-et-Marne), in the eastern suburbs, to Saint-Lazare station in Paris. The aim is to extend it to Nanterre in mid-2023, then to Mantes-la-Jolie (Yvelines) in a second step. In particular, it must be financed by the Société du Grand Paris (1,5 billion) and the region (1,1 billion).

SNCF stresses that the project is "one of the most complex rail infrastructure projects in the world, located in a hyper dense area and facing extraordinary technical challenges", with in particular the boring of an 8 km tunnel under Defense.

The "Virginia" tunnel boring machine, with its 11 meters in diameter, should arrive at Haussmann-St Lazare on January 15 next year.

The president of the region, as well as the presidents of the departmental councils of Yvelines and Hauts-de-Seine, served by line E, condemned in a joint statement this new overrun.

According to them, SNCF Réseau is "legally responsible for the cost and financing of this operation" and it is the State which must "directly or indirectly" guarantee it.