The Senate seizes the debate on borrower insurance 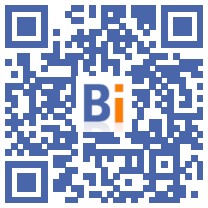 Debates in sight Wednesday, January 26 in the Senate for the examination of the reform of the mortgage borrower insurance: the senators, mainly on the right, removed in committee the heart of the text, the possibility of changing it, free of charge, at any moment and more only on the anniversary date.

Supported by the Minister of the Economy Bruno Le Maire, the bill "for fairer, simpler and more transparent access to the borrower's insurance market", carried by the deputy Patricia Lemoine (Agir group), was adopted almost unanimously by the National Assembly at first reading.

The borrower's insurance market is valued at nearly 10 billion euros in premiums per year, and concerns nearly seven million homeowners with outstanding credit.

The objective of the bill is to introduce more competition in the banking sector, in a position of strength in this area (88% market share), and that of insurance, in order to lower the cost of this insurance .

Since 2010, the Lagarde law allows borrowers to opt for another insurance than that offered by their bank. And several other laws have then already worked for more competition, in particular allowing customers to change insurance every year, but alternative insurers accuse the banks, which hold the majority of the market, of obstructing.

This possibility "works" and has led "to an effective reduction in costs" for the insured, assures for his part the rapporteur of the text in the Senate Daniel Gremillet (LR).

The senators removed in committee the possibility of termination at any time, considering that this device would not create new savings, but would risk penalizing the elderly and fragile public.

They have instead proposed to strengthen the information of policyholders on the current law.

The insurer would in particular have the obligation to inform his client each year of his right of termination as well as the terms of implementation of said termination and the various deadlines he must respect. The concept of "expiry date", from which the period during which the insured is authorized to terminate is calculated today, would be clarified.

End of the health questionnaire?

Questioned by AFP, Eric Maumy, managing director of the wholesale insurance broker April and member of the Association for the promotion of competition in creditor insurance (Apcade), said "to have a lot of trouble understanding that the Senate can become the mouthpiece of bankers against consumers".

The brokerage firm Wedou assurances sent him an open letter to presidential candidate LR Valérie Pécresse to ask her for her "official position" on the subject, judging "surprising in more ways than one" the rejection by the senatorial majority of the possibility of changing borrower insurance at any time.

The consumer association UFC-Que Choisir has calculated that the reform would free up 550 million euros in purchasing power per year.

Another major change introduced in committee by the senators: the removal of the medical questionnaire for home loans of less than 200.000 euros which expire before the borrower's 65th birthday.

The government has already tabled amendments to try to come back to these two points in the Chamber.

Other points should also be fiercely discussed, including the reduction of the "right to be forgotten" period for cancer pathologies and the opening up to new diseases of the so-called AERAS convention (Insuring and Borrowing with an Aggravated Risk health).

If the senators remain in session on their version, and then deputies and senators do not reach a compromise in a joint committee, it is the National Assembly which will have the last word.