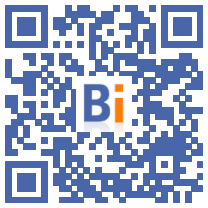 The Panhard Group and Bricqueville have started work on their new program within the Groues district development project.

For this vast territory of the city of Nanterre developed by Paris La Défense, and located opposite the Hauts-de-Seine Departmental Council and Paris La Défense Arena, the program imagined by the Panhard-Bricqueville tandem reflects the evolution of urban landscapes .

It confirms the end of the era of mono-functionality and brings together, within a single complex, nearly 140 housing units, a school of higher education, offices, storage and commercial premises as well as green spaces. .

To the west of the historic tertiary center, beyond the Grande Arche, Les Groues, the 11th district of Nanterre, aims to become an urban center of excellence developed according to the values ​​of Sustainable Development. On 65 hectares served from 2023 by the RER E, this vast operation of opening up and urban reconquest aims to create, in consultation with the populations concerned, a center of attractiveness with complementary assets to those displayed by the first European business district. 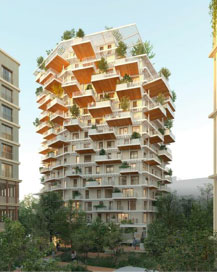 The Panhard Group and Bricqueville worked with the city, the developer and the town planner of the ZAC to propose an original concept, developed in particular from bio-sourced materials. Opposite the new Nanterre-La Folie station (RER E and line GPE 15 in 2030), over approximately 2.400 m2 of green spaces, the project crystallizes all the current ambitions for a mix of city functions. From an environmental point of view, it will meet the Bbio -30% indicator and is aiming for RT2012 -20% and NF Habitat HQE certifications for the residential component and the BREEAM Very Good level for the offices.

With a total area of ​​29.117 m2 divided between three buildings articulated around a large heart of a vegetated and landscaped block, irrigated by soft routes, the program is based on:

The site will have, in terms of infrastructure, parking spaces and around 6.000 m² of self-storage premises which will be operated by Une coin en plus.

For Pierre-Emmanuel Arnal, Director of the residential division of the Panhard Group: “This operation offers the Panhard Group the opportunity, within the same program, to develop different asset classes in a logic of synergies and balance, in line with the aspirations of the inhabitants of the Ile-de-France region. Being among the first operators to intervene in the Groues district is also a source of pride, as urban challenges of this magnitude are rare, even on the scale of Greater Paris. »

For Gérault de Sèze, President of Bricqueville: “Nanterre is a model city in terms of urban development and we are aware of our responsibility and proud to take an active part in it. By working on the program with the community and the developer on the scale of our block and the district, we were able to offer a great mix of uses. It is she who will make the wealth and charm of the city of tomorrow. »

For Pierre-Yves Guice, Managing Director of Paris La Défense: “The diversity of this program perfectly echoes the aspirations we have for the ZAC des Groues. A district complementary to La Défense in terms of uses, giving pride of place to plants, but also demanding in terms of the environment and quality of life. »

Delivery of the IGS Group Campus is scheduled for the start of the 2024 academic year.

The delivery of the One Piece Plus operator is scheduled for the summer of 2025.

The delivery of housing and offices is scheduled between the end of 2024 and the first half of 1.