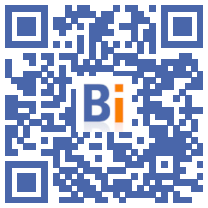 The financing of the high-speed line (LGV) Bordeaux-Toulouse, which in 2030 will put the 4th largest city in France three hours from Paris, against four currently, is on track, but remains suspended from the commitment of local authorities. New Aquitaine.

"On the side of the communities of the Occitanie region, things are complete, for New Aquitaine, discussions are continuing ardently because we are on a tight schedule," the prefect coordinator of the project and prefect of the region told journalists on Wednesday. Occitanie Étienne Guyot.

The project of approximately 10 billion euros will be financed up to 40% by the State, 40% by the regions, urban communities, departments of Occitanie and New Aquitaine and 20% by Europe.

The vast majority of communities have undertaken to pay their share, but the Lot-et-Garonne departmental council is dragging its feet, although Agen is one of the towns served by the TGV.

Time is running out, underlines the prefect, because "the ordinance which will make it possible to create the financing company must be taken by April 2022, with a completed financing plan", and a preliminary passage before the Council of State.

The environmentalist mayor of Bordeaux Pierre Hurmic, opposed to this new LGV, recently made the president of Occitanie Carole Delga jump. "It's easy, when you're mayor of Bordeaux, when you're two hours from Paris, to explain to others that they don't need to be close to the capital," she reacted.

The opinion of the ecologists not being in the majority in the assembly of Bordeaux Métropole, their opposition should remain without effect.

During the construction of the LGV Bordeaux-Tours, the former Midi-Pyrénées region had contributed 300 million euros. Currently, the Paris-Bordeaux (550 km) by TGV takes about two hours, and the Bordeaux-Toulouse (240 km) journey also lasts two hours. The latter would be halved with the extension of the LGV.

The second phase of the Grand Projet du Sud-Ouest (GPSO) provides for an extension of the LGV line from the south of the Gironde to Dax, in the Landes.

The Prefect Coordinator underlined that the commissioning of the line would make it possible to avoid 4,3 million journeys by car each year, to welcome 7 million additional passengers in TGVs and to reduce the share of air transport by 20%.

The creation of a dedicated TGV line will also free up freight tracks and double the number of freight trains. In addition to the effects on the environment, the State estimates that the Bordeaux-Toulouse LGV will generate 4.000 direct, 4.000 indirect and 2.000 induced jobs.

From January 1, 2023, individuals and businesses in both regions will be subject to a special equipment tax, which "represents a few euros per head per year" for people living less than an hour from a TGV station, according to the prefect.

In September, the Council of State lifted the last legal obstacle to the project declared to be of public utility, by rejecting the appeal of a collective of opponents.