Systematic teleworking and childcare: instructions for use 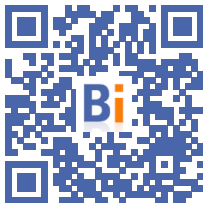 Faced with the rampant Covid-19 epidemic, Emmanuel Macron announced the closure of schools for three to four weeks and reiterated the call to "systematize" telework. How can employees organize themselves and benefit from partial unemployment to look after their children?

"Systematized" teleworking: what are we talking about?

The rule does not change. Since the end of October, the national company protocol provides that for employees who can perform all of their tasks remotely, "the working time carried out by teleworking is increased to 100%". Since January, has been added the possibility of returning one day a week if they wish, a "valve" maintained.

The Minister of Health, Olivier Véran, explained Thursday on France Inter that the call to "systematize" teleworking means that "anyone who can telework must telework", calling "really for the citizenship of employees and employers "and stressing that" there are still margins, gains ".

"We consider that 40% of the success of a containment is teleworking, it's huge impact. So, the more you earn on teleworking the more you win against the virus and the shorter the management measures", a he pleaded.

The Ministry of Labor highlights a recent Harris Interactive survey which shows that of the 8,6 million workers who can easily telework, 5,6 million do so. There is therefore still a leeway of 3 million people.

However, according to a Dares survey released last week, the number of people teleworking all week continued to decline in February. 26% of employees have been teleworking at least one day a week during this month, a stable figure since December, but only 31% of these teleworkers have been teleworkers all week, after 34% in January, 39% in December and 44% in November.

What if the position cannot be teleworked?

Employees, parents of children under 16, who exercise a non-teleworkable profession can apply for partial unemployment, the coverage rates for which have been extended until the end of April. These rules provide for the compensation to be maintained at 84% of net salary for employees. The remainder to be paid will be zero for the employer and not 15%.

In February, 2,1 million employees were on short-time work at a cost of 1,7 billion euros.

Self-employed workers, like the self-employed, can benefit from an exceptional work stoppage to keep their child, by registering with the Health Insurance. Only one parent at a time (or holder of parental authority) can be issued a work stoppage.

Children of certain professions, such as caregivers, will continue to be welcomed.

What about parents who feel they can no longer telework?

During the first confinement, employees with children often continued to telecommute. But "nobody can telework while looking after their children!", Underlines one year after the Ugict-CGT, union of executives and engineers in a press release, calling "the implementation of workload reductions and scheduling arrangements by employers for all parents ".

Even if their position is teleworkable, employees who feel they are unable to telework because they have, for example, young children who are not independent, can apply to benefit from the partial activity to look after their child. This will be possible "if they are parents of a child under 16 or a child with disabilities without age limit," says the Ministry of Labor.

The rule applies from a child and is based on the declaration: the employee "must give his employer a sworn certificate indicating that he is the only one of the two parents requesting to benefit from the partial activity. on the grounds of child custody ". Employees will then benefit from compensation up to 84% of their net remuneration or 100% for minimum wage employees, with zero remaining payable by employers.

"Each employee can have a discussion with his employer / manager depending on his personal situation," says the Ministry of Labor.