Saint-Gobain buys back more than 5 million of its shares 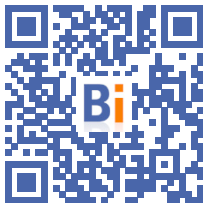 The French materials group Saint-Gobain announced on Friday that it had bought back on the market and canceled more than five million of its shares, or around 1% of the company's capital.

Following the cancellation of 5,7 million shares, the group's capital now consists of 532,6 million shares in total, while 530 million shares are in circulation, specifies Saint-Gobain in a report. communicated.

The title of Saint-Gobain closed Friday at 56,76 euros. On this basis, the transaction would amount to more than 323 million euros.

Since the start of the year, Saint-Gobain shares have climbed 48%, for an increase of nearly 19% for the CAC 40.

Driven by a dynamic renovation market in Europe, Saint-Gobain said at the beginning of June to forecast "historic" operating income and a "record" margin in the first half of the year.

Last year, under the effect of the pandemic, the group had given up distributing a dividend.