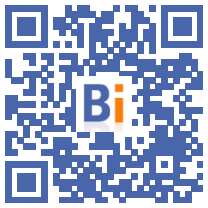 Real estate prices continued to climb in the first half of 2022 but should start to slow under the effect of inflation, estimate the networks of real estate agencies in their progress reports.

According to the National Federation of Real Estate (Fnaim), which takes into account the data of its franchised agencies but also those collected on online portals, prices on June 1 increased by 7,1% over one year.

House prices continue to rise faster than apartment prices, confirming the appeal of green and space seen since the spring 2020 lockdown.

All the branch networks agree to forecast a slowdown in prices in the coming months under the combined effects of inflation, which is eating into household purchasing power, and the rapid rise in interest rates.

"Financial constraints, between inflation, rising interest rates and tougher conditions for access to credit, have a real impact on demand and on the dynamism of the market", observes Orpi.

"The question of purchasing power will become crucial for the vast majority of households, and the rest-to-live the sticking point when it comes to taking out a loan from banking establishments", estimates the president of Century 21, Charles Marinakis.

"I think that this price dynamic is still in the process of reversing, of weakening, quite naturally because buyers are much more attentive than they were a year ago", also observed Jean- Marc Torrollion, president of the Fnaim.

Thus, the number of sales agreements signed in Fnaim agencies fell by 6% in May, which should weigh on future sales.

Laforêt observes for his part that more buyers are negotiating prices, a sign of a less dynamic market.

"In a bull market, buyers negotiate the slightest defect. They also have more requirements with regard to geographical location, orientation, brightness, insulation or the equipment present in the accommodation", notes Laforêt. .

The purchase prices, which are still high, are favorable to households who have a substantial contribution to finance them: the oldest, whose share among buyers is increasing according to Century 21, and "second-time buyers" who finance their purchase by selling their previous property.