New step for the creation of an urban park in Dakar, Senegal 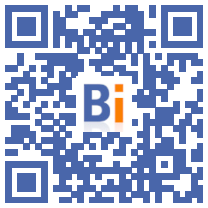 The project to provide Dakar with an urban park to mitigate the effects of rampant urbanization in a city cruelly deprived of green spaces has taken a new step with the designation for its development of a French architectural office, said the Senegalese authorities.

The realization of the "Dakar-Yoff urban forest park", promised in 2020 by President Macky Sall, however, remains far from satisfying those who dreamed of a vast expanse to breathe in in the capital invaded by concrete.

Only 10 of the 600 hectares of Léopold-Sédar-Senghor airport, a rare hole in the urban fabric of Dakar, will be devoted to this new space "of sport, leisure, education and service", according to the specifications. charges.

Converted into a military aerodrome since the entry into service at the end of 2017 of a new infrastructure some fifty kilometers from Dakar, the site is under-exploited and in the process of being reassigned, in particular to house real estate projects.

This reserve of land had given a collective the idea of ​​transforming the site into a local "Central Park", in reference to the park which extends over more than 300 hectares in New York.

The collective had collected thousands of signatures and expressed its disappointment in front of the dimensions retained by the presidency, equivalent to twenty football fields.

Of the 15 projects submitted in an international competition, it was that of the firm Atelier d 'architecture Djellali, based in Marseille, in the south-east of France, which was selected, said during an official ceremony. the Minister of Finance and Budget, Abdoulaye Daouda Diallo, without revealing the financial details of the project.

The future park will include "a wood, a landscaping, a body of water, a promenade, a sports course, a cycle path, a pedestrian path, a bar-restaurant, an internet café, a security post, a nurse, a gatehouse, among others ", told AFP an official of the Ministry of Urbanism. According to this source, the work will last "ten months".

A metropolis of more than 3,5 million inhabitants in constant expansion, Dakar is home to only a few green spaces that are eyeing real estate developers.