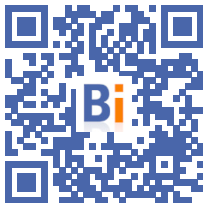 For a little more than half of the French people questioned, the development of hydrogen is essential for the future of the economy. This is the result of a representative international survey, conducted online in these 4 countries by the market research company Yougov on behalf of the Hydrogen Business for Climate Forum, a transnational symposium held from September 29 to 30. 2021 in Belfort.

In France, 43% of 18-24 year olds compared to 60% of over 55s consider the development of hydrogen to be essential for the future of the economy; 37% of French people know the types of jobs and training possibilities offered by the hydrogen sector; Only 20% of French people are inclined to pursue a career in the field of renewable energies.

While 53% of French people say that the development of hydrogen is essential for the future of the economy, the Austrians are more convinced with 67% of respondents, as well as the Germans (64%) and the Swiss (63%) .

Only 45% of French people aged 25-34 against 65% of Austrians, 60% of Germans and 55% of Swiss in this age group respond positively to the question "Do you think that the development of hydrogen is essential for the future of the economy? ".

This concern is more marked among those over 55, in France as in other countries. In Germany, the 18-34 age group responds slightly less positively than their elders with 60% of respondents (against 67% for those over 55), but the gap is widening between these two age groups among the French, with only 45% of 18-34 year olds responding positively, against 60% of those over 55. In Switzerland, the rate of respondents over 55 jumped to 74% and 73% in Austria.

The Swiss and the Austrians over 55 are therefore more convinced of the essential nature of the development of hydrogen for the future of the economy than the inhabitants of other countries, all age groups combined. French people aged 18-24 have the lowest response rate, with only 43% of respondents.

There is still a long way to go to bring citizens, especially the French and Germans, aware of all the professional opportunities offered by the renewable energy sector. Indeed, 63% of French people and 60% of Germans, for 49% of Swiss and Austrians, say they are not aware of the types of jobs and training opportunities in this sector.

Students, with 62% French respondents and 59% Germans, are among the most knowledgeable. In France, the 18-24 age group with 60% of respondents is the most informed, clearly ahead of the other age groups, of which less than 40% say they are informed of the opportunities in this sector. (we go down to 39% for 25-34 year olds). On the other hand, in Germany the level of information decreases with age, but the difference is less marked, because almost half of Germans say they are informed between 18 and 44 years old, to drop to around a third after 45 years.

French and Germans reluctant to pursue a career in renewable energies

The field of renewable energies is still unattractive professionally, certainly due to the lack of knowledge of the opportunities it offers. Indeed, only 20% of the French and 23% of the Germans would be interested in pursuing a career in the renewable energy sector, against 30% of the Swiss and Austrians.

With 26% of respondents, the inhabitants of the Paris region are more interested than the French living in the provinces. A trend that is also observed in Germany, with 29% of respondents living in Berlin, a rate higher than all regions, especially in the North-East with only 10% interested. The same is true of centralization in Switzerland, where the inhabitants of Zurich (37%) and the North-West (38%) of the country are more interested in pursuing a career in the field of renewable energies (only 22% in central Switzerland).

In contrast, in Austria the attraction for a career in renewable energy is less centralized. The inhabitants of the region of Tyrol (40%) and Styria (41%) are the most interested, while in the capital, Vienna, the rate drops to 34%.

“Renewable energies like hydrogen are the key to the jobs of the future. We need more than ever to train, inform and educate more, and this is a transnational task, as this new study relentlessly shows ”, concludes Marc Becker, President of the Vehicle of the Future Pole.