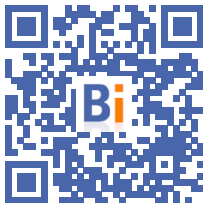 Patrick OLLIER, President of the Métropole du Grand Paris and Jacques-Alain BENISTI, Adviser delegated to the President in charge of monitoring “Let's invent the Greater Paris Metropolis” and major metropolitan operations, have launched the 3rd edition of the call for projects.

"Inventons la Métropole du Grand Paris" (IMGP) has established itself as the largest architecture and town planning competition in Europe. The first two editions aroused immense mobilization, proof of the attractiveness of the metropolitan area. Building on this success, the Metropolis is launching a 3rd edition including several new features. IMGP 3 is a continuation of the two previous competitions, but also in the dynamics of the metropolitan recovery plan and the Contract for Recovery and Ecological Transition (CRTE), which the Metropolis signed with the State last March.

3 key themes for this 3rd edition!

Organized in conjunction with the State, the Société du Grand Paris, the Banque des Territoires and the Real Estate Transformation Foncière d'Action Logement, IMGP 3 revolves around three themes, aimed at the renewal of the city, for a sustainable territory , balanced and resilient.

This theme will favor the identification of vacant built land: tertiary buildings, activities, commercial and public buildings. The deployment and generalization of teleworking induced by the health crisis has considerably changed the ways of working and raises the question of the future of these office buildings.

The conversion of urban wastelands

This will be bare land, or occupied in a minority by obsolete buildings, already artificialized, having lost their use or assignment (economic, commercial, industrial wasteland, abandoned military sites, major equipment or rail and road infrastructure, excluding wasteland).

This theme includes all types of land located around existing or future stations, in particular Grand Paris Express stations.

Major innovations and a clear objective of territorial rebalancing, attractiveness and ecological transition

The projects selected within the framework of IMGP 3 must primarily aim at supporting objectives for urban renewal and changes in the metropolitan area through the requalification of existing buildings, the production of housing, the reduction of urban sprawl by limiting the amount of the artificialization of soils and the programmatic and functional mix.

In addition, on the strength of feedback from the first two editions, the Métropole du Grand Paris is keen to complete the call for projects by bringing in new features relating to the possibility of offering land belonging to public, parapublic or private owners, a security and simplification of the procedure and reinforced monitoring throughout the duration of operations.

“Let's invent the Metropolis of Greater Paris has established itself as the largest architectural and urban planning competition in Europe. This 3rd edition will again be organized in conjunction with the State, the Société du Grand Paris and the Banque des Territoires, historical partners of IMGP. In the dynamics of the metropolitan recovery plan, this competition aims in particular to support the real estate and building sector in order to create wealth, added value and employment. As was the case for the 77 sites of the first two editions, we will allow developers to participate in territorial rebalancing, one of the main challenges of the Metropolis ”. Patrick OLLIER, President of the Greater Paris Metropolis

“The three main themes of Let's Invent the Greater Paris Metropolis 3 meet a real need. In particular, we will create housing, but also rethink and innovate to establish teleworking and coworking spaces, as well as living spaces around the various stations. For this, the Metropolis will play the role of support for the mayors responsible for these developments ” Jacques-Alain BENISTI, Deputy Advisor to the President in charge of monitoring “Inventing the Greater Paris Metropolis” and major metropolitan operations

"The State is happy to support Inventons la Métropole du Grand Paris 3 because this competition is the concrete implementation of one of the commitments we made in the Contract for Relaunch and Ecological Transition that we signed on March 18 latest. This innovative and useful initiative will make it possible to better meet the demand for housing, but also to think about the ecological transition and the diversity of urban spaces. The themes of this 3rd edition are particularly in resonance with the public policies of the State ”. Pierre-Antoine MOLINA, Prefect, Secretary General for Public Policies of the Prefecture of the Île-de-France region

"The Société du Grand Paris has been a partner of this call for projects since 2016 and will remain so in an accentuated manner for this 3rd edition which will focus specifically on the theme of the development of the Grand Paris Express station neighborhoods, a major issue that must be addressed. in partnership with all the stakeholders and in particular with the mayors. " Jean-François MONTEILS, Chairman of the Management Board of Société du Grand Paris

“The Banque des Territoires has been an early partner of IMPGP because we strongly believe in this formula, in this flexible and open process which allows several actors to federate at the same time, at the same time, on the same project: -ups, large companies, promoters, public and private actors. Capable of fostering innovation, this call for projects stimulates a collective dynamic making it possible to highlight and make visible the projects in all the municipalities of the Greater Paris Metropolis ”. Marianne LOURADOUR, Ile-de-France Regional Director of the Banque des Territoires

“What characterizes Inventons la Métropole du Grand Paris is the approach of sharing and support carried by the Metropolis. It is a project facilitator which does not replace the political will of the mayors but remains a strong lever allowing the implementation of innovative and structuring arrangements for the municipalities ”. Éric CESARI, Deputy Vice-President for Strategy and Institutional Partnerships

“The Metropolis will look more particularly in the projects at everything relating to new uses and innovative methods. We will invite the winners to modularity and pooling of spaces in order to build an agile metropolis promoting innovation. " Geoffroy BOULARD, Deputy Vice-President for Communication and Digital Innovation

Provisional calendar for the 3rd edition:

The key figures of the two previous editions: