Finishing line 14 for the Olympics, a priority for the Société du Grand Paris 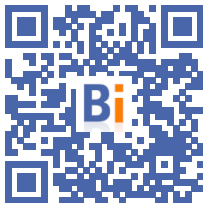 "Supervigilant" in the face of shortages and inflationary pressures which could delay and increase the cost of the Grand Paris metro, the president of the Société du Grand Paris (SGP) wants to pull out all the stops so that the extensions of line 14 do not miss the deadline of the 2024 Olympics. 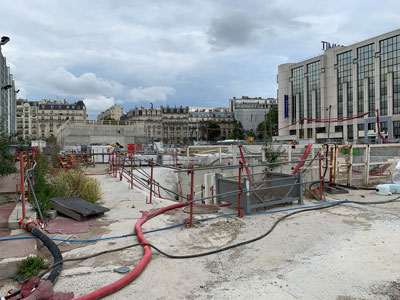 Jean-François Monteils, who arrived in March 2021 at the head of the public body responsible for building the structure, had ratified several delays in July, due to the pandemic and technical difficulties. In particular the first section of line 16 in Seine-Saint-Denis, which was presented as a major link for the Olympics and will not open before mid-2026.

There remains in the program of the Olympic Games the extensions of line 14, built with the RATP to the north as far as Saint-Denis Pleyel - where the Olympic village is to be built - and to the south as far as Orly airport. .

"Today, I sleep almost on one and a half ears, which is a lot," said the boss of the SGP in an interview with AFP.

The "securing" of the opening of "la 14" in March-April 2024 is a "strategic objective" which occupies "dedicated teams", he explains.

Things are progressing well on the other lines under construction, he notes. Including on disputed sections, such as on the Triangle de Gonesse side (Seine-Saint-Denis) or on the Saclay plateau (Yvelines) where opponents fear that the arrival of the metro will lead to excessive urbanization.

The SGP is in charge of building, by 2030, 200 km of automatic metro, with four new lines - numbered from 15 to 18 - and the extensions of line 14. Articulated around a circular line, several branches must connect the airports of Orly and Roissy, the scientific center of Saclay and the sensitive districts of Seine-Saint-Denis.

"It would be very surprising if there were zero consequences" on construction sites, due to the current problems with the supply of materials and components and the inflationary pressure. “But today, I am strictly unable to quantify them”, specifies Mr. Monteils.

What price increases can we expect? Are they already covered in the contracts? And if so, does the SGP, a public company, have an interest in putting companies whose margins are low in difficulty?

"It's worth talking about it again in six months," he says. For now, he sticks to the budget, updated in October from 35,6 to 36,1 billion euros.

Same answer when asked about possible additional delays: Mr. Monteils has for the moment “no objective elements” which would go in this direction.

The fact remains that a good part of line 15 (circular) must still be launched to the west, north and east of Paris. The SGP has decided to award four large “design-build” contracts for these 45 km to subcontract the construction. Calls for tenders are underway, and contracts should be signed in 2023 and 2024, with the aim of completing the work by 2030.

“We will have to fight to stay on schedule,” recognizes Mr. Monteils.

As for the financing of the Grand Paris Express, it is guaranteed "76%", he rejoices. SGP borrowed billions of euros when interest rates were low. "We know how to pay (construction sites) until 2027/28, today."

In the meantime, the SGP is increasingly interested in the development of the neighborhoods of future stations. She wants to put "a little planning" in these new pieces of town, talk about the interconnection of means of transport and invest in the construction of housing.

"We have created a subsidiary, SGP Immobilier, which will take stakes in civil construction-sale companies that will be created with property developers, after consultation", explains its president.

“A hundred” projects have been identified, representing “one million square meters of building floors” in station districts totaling 32 million potential square meters, he specifies. It intends to choose its first partners this year.

Now that the site is well under way, the SGP is also wondering about its future, and about the valuation it could make of its expertise elsewhere, once the Ile-de-France supermetro is completed. “It is obviously a question that we must ask ourselves”, launches Mr. Monteils.