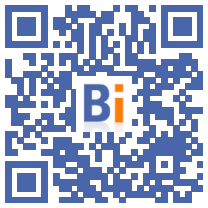 The single-family home market to which the French had turned with the Covid crisis is running out of steam with prices reaching record highs in the first half of 2022, according to figures from the agency network's old real estate market. Century 21.

“This movement towards houses, or chlorophyll purchase, is confirmed in the house purchase figures throughout France as in Île-de-France, to such an extent that it has inflamed prices and tensed this market”, has indicated the new president of Century 21 Charles Marinakis, during a press conference.

In 2022, average prices per square meter continued the rise they have been experiencing since 2014-2015, reaching new records, both for houses (2.552 euros per m²) and for apartments (4.061 euros per m²). This represents an increase of 21% and 28% respectively over the last fifteen years.

However in the first half of 2022 the number of sales fell by 7,9% for houses, while apartment sales continued to rise by 1,7% compared to the first six months of 2021, according to figures from Century 21 .

The Provence Alpes Côte d'Azur region is the one that has seen its prices rise the fastest in one year: +15,5% for houses and +10,8% for apartments.

In Île-de-France, if "the successive confinements had made Parisian executives want to make chip jumps on the outskirts to gain surface area (...) this episode is ending", with in particular "the increase in the price fuel and energy," according to a statement from Century 21.

The intramural Paris market is behaving "contrary to national trends", according to Mr. Marinakis. The price per m² in Paris is stable, "which promotes the dynamism of the real estate market whose sales have increased by 17,3% in one year".

With inflation at 5,2% to date, "the question of purchasing power will become crucial for the vast majority of households, and the rest-to-live the sticking point when it comes to taking out a borrowing from banking establishments”, estimates the real estate network that this “should lead to a marked deceleration in the rise in property prices, in the coming months.