Castex lays the first stone of the Nantes University Hospital 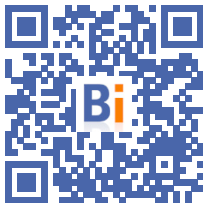 Jean Castex laid the first stone on Friday January 21 of the new university hospital center (CHU) in Nantes, a megaproject expected for 2027 and valued at 1,24 billion euros, which wants to provide "tangible proof of the reinvestment" of the status in the health system.

"We must invest in our health system, this is one of the major lessons of this crisis", pleaded the Prime Minister, deploring the disengagement of the State in particular "for decades".

As such, the government decided last year to substantially increase its participation in the financing of this vast project, by increasing its subsidy to 400 million euros. This has in particular made it possible to restore room for maneuver to avoid the planned elimination of 500 jobs.

"I believe that in political life, including when you don't share the same sensibilities, you have to know how to say and greet when an effort has been made", noted the PS mayor of Nantes Johanna Rolland. The LR president of the Pays de la Loire region, Christelle Morançais, also insisted on "the desire to work together, despite the differences, despite the sometimes differences".

Faced with "dysfunctions linked to the dilapidation of the current sites, the scattering", according to Ms. Rolland, a brand new university hospital, with 1436 beds, 90% of which are single rooms, will therefore come out of the ground, by 2027.

The project is part of a larger set of development of the island of Nantes, including in particular a faculty of health, research establishments, but also housing and offices.

Before making this symbolic gesture, Mr. Castex went to a vaccination center located near the Beaujoire stadium, to praise "the tremendous mobilization, with retirees, volunteers, people who are involved in the duration".

The day after the announcement of a timetable for lifting the restrictions, Mr. Castex notably called for "increasing the offer of pediatric vaccination". "Unsurprisingly, it is on Wednesdays and the weekend that the requests are the strongest, so you have to be able to respond to them," he urged.