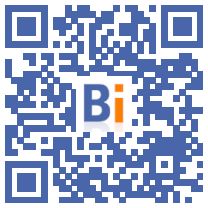 The administrative justice validated the realization of the media village of the Paris-2024 Olympic Games, built on a fringe of the departmental park of Seine-Saint-Denis to accommodate up to 2.000 journalists before being transformed into a new district.

The Administrative Court of Appeal of Paris estimated in a press release that there was no "satisfactory alternative to the authorized project" and that therefore it could see the light of day.

In its judgment, consulted by AFP, it considers that the media village cannot be built elsewhere than in this precise place. "This choice was guided by the need for proximity and compactness between the various Olympic venues."

Last April, the same court had however interrupted the work by suspending part of the environmental authorization issued in November 2020 by the prefect of Seine-Saint-Denis, on the grounds that it was not sufficiently argued.

This prefectural authorization makes it possible to derogate from certain provisions of the environment code when the "major public interest" of a project is proven.

The justice finally considered, having received new elements from the public authorities, that this exemption "does not harm" the wild fauna and flora, taking into account the "planned compensation".

This decision "recognizes that this project is useful and that all the procedures, in particular as regards ecological requirements, have been respected", commented Stéphane Troussel, president (PS) of the departmental council.

"We are happy that justice has recognized the intrinsic quality of the project", declared to AFP Nicolas Ferrand, general manager of the Solideo (Company of delivery of the Olympic works), in charge of the construction of the village of the media.

By giving the green light to the construction of one of the flagship sites of Paris-2024, the Administrative Court of Appeal of Paris showered the hopes of the applicants, the MNLE 93 northeast of Paris (Mouvement national de Lutte pour l ' environment) as well as local residents.

They denounce the artificialization of part of the 400 hectares of the park to create the media village, the Trojan horse of a real estate transaction for which the Olympics are, according to them, the pretext.

"This project will destroy an ecological corridor essential to endangered species (...) it is a very bad signal for our department", reacted to AFP Jean-Marie Baty, president of MNLE 93.

An appeal to the Council of State, long and without suspensive effect on the site, is not currently envisaged, he added.

The media village is to be established on 7 hectares of the Aire des vents, a peripheral zone to the south-east of the Georges-Valbon departmental park, in Dugny. Partly concrete, it was hitherto known to host the traditional Festival of Huma.

After the Games, the buildings must be converted into 1.300 housing units, 20% of which are social housing, as part of an "eco-district", accompanied by shops.