A green project for green energy in Saint-Gervais 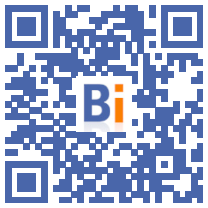 The construction of the hydroelectric power station for the Miage water turbines will begin after the summer and meet the environmental objectives of the municipality.

The municipality of Saint-Gervais is increasing the number of projects aimed at producing clean energy for its needs and for export. 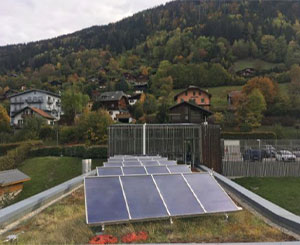 From the ice rink, which will soon be equipped with additional cells to increase its electricity production, the town produces energy to run its sports facilities and each year provides the equivalent of the electricity consumption of 37 homes.

Three hydroelectric power stations are operated in Fayet, Bionnay and Râteau making the town a positive energy territory since it thus produces five times more energy than the population of Saint-Gervolaine requires.

This fall, the work for the construction of a new power station that will turbinate the waters of the Miage torrent will start with a water intake on the Miage torrent, a penstock and a factory building. Functional in 2023, it will be operated by SARL CH Miage.

A clean site that respects nature

In order not to disturb the water resources of the inhabitants of Miage, farmers and livestock, the water intake will be downstream from the village. This work will also provide an opportunity to connect the village to the wastewater network. The inhabitants will therefore gain in quality of life and the site in cleanliness.

The Mayor of Saint-Gervais and the Municipal Council were quickly enthusiastic by the project proposed in 2016, grasping the interest for their municipality and more generally for the environment to produce, thanks to local resources, a renewable energy that does not emit greenhouse gases. But the file was slow to come to fruition because it was imperative for Jean-Marc Peillex to validate the best project respecting the surrounding nature: "Producing clean energy is very good, but if it requires 3.000 helicopter rotations to getting there is not worth it! I wanted the work required for this turbine project to generate as little pollution as possible and I asked CH Miage to offer us a 'green' project ”. It is therefore a cable transport technique called "blond" that has been favored.

The Miage hydroelectric power station building, which will be located in the Gruvaz sector, will blend harmoniously into this natural wooded environment on the mountainside. The necessary paths will be made of wood or local stones, the facades will be partly buried, the work itself will be hidden by trees, shrubs, plants and flowers in order to reduce its visual impact ... 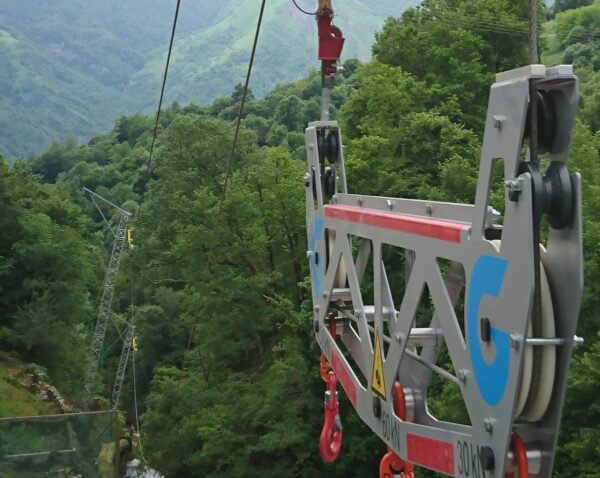 It is a cable-car transport that allows the transport of construction equipment and materials, particularly in mountain areas where the slopes are steep and there are many obstacles to overcome. This technical solution is very respectful of the environment since it does not require fuel.

Signing of the lease

This Friday, May 21, the construction lease for the Miage water turbine was signed at the town hall of Saint-Gervais between the town and SARL CH Miage authorizing the latter to build and operate the hydroelectric power station for a period of 60 years, i.e. up to 'in 2081.

The power of the plant is estimated at 3.190 KW. The SARL will have to pay an annual fee to the municipality based on its turnover and pay it nearly € 40 in land compensation over the duration of the operation for the occupation of municipal land. 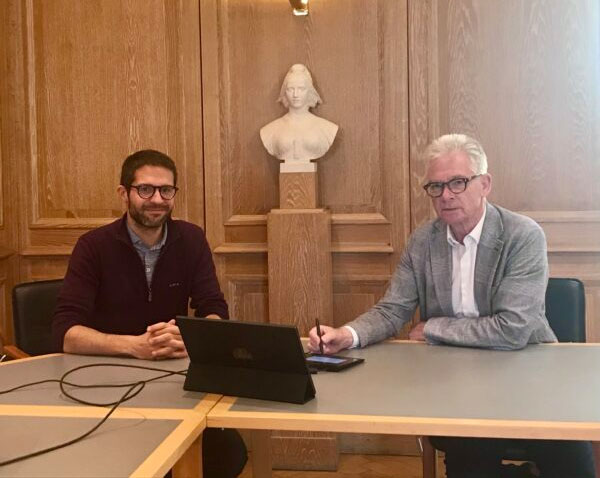