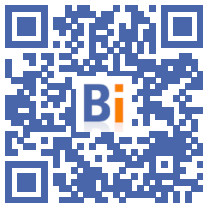 Labor Minister Élisabeth Borne will ask the Labor Inspectorate for "pragmatism" in its checks on compliance with the three mandatory days of teleworking. She specified in particular that this could be calculated "on average" in a company.

Élisabeth Borne told France Info that she will give "an instruction to the Labor Inspectorate to be able to accept in a company that some can do a little more and others a little less".

Since January 2 and until the end of the month, companies that can set up teleworking must allow their employees to telework at least 3 days a week, or even four.

"There are employees who can no longer telework, we must take this situation into account and be pragmatic," she added. The three days are "on average" in a company.

Ms. Borne specifies that "the objective in the end is to reduce the presence on site (...) Before the holidays, 60% of employees whose positions can be easily teleworked were teleworking. Obviously, more must be done".

The labor inspectorate has been instructed by the ministry to increase checks from 1.000 per month to 5.000 checks per month. The Minister specifies all the same that "the great majority of companies play the game".

An administrative fine of up to 1.000 euros per employee concerned (within the limit of 50.000 euros) could be included by an amendment tabled by the government in the draft law on the vaccination pass currently being examined by the Assembly.

Some like Laurent Berger (CFDT) question the feasibility of these controls, particularly with regard to the lack of labor inspectors. Faced with these criticisms, Élisabeth Borne replied "to believe very much in the role of employee representatives so that these rules are put in place".