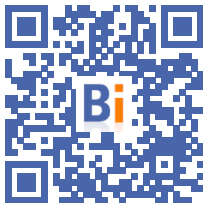 To support the construction of housing in tense areas, the government will pay 130 million euros to municipalities in November, we learned from the Ministry of Housing.

This aid was provided for in the context of the recovery plan for "urban densification and renewal" and "aid for the relaunch of sustainable construction".

Its amount will be calculated on the basis of the building permits issued between September 2020 and August 2021.

The subsidy is 100 euros per square meter built beyond the average density threshold of the town, the ministry told AFP.

From the same source, it is indicated that Prime Minister Jean Castex will present on Tuesday the measures adopted by the government within the proposals of the Rebsamen commission report to promote the construction of housing in areas that lack it.

The report proposes in particular to accelerate the sale of public land for housing, as well as the sustainability of the wasteland, aimed at making profitable development operations if not in deficit.

This last proposal is taken up by the Minister for Housing Emmanuelle Wargon who told the newspaper Les Echos that the wasteland fund would be "perpetuated to help the mayors".

The Rebsamen commission also defends "the need for a structural tax reform making it possible to fight against land retention", by taxing less the purchases and sales of land and more their holding.