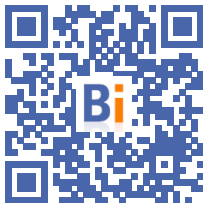 Aware of the crucial role of small craft construction companies in the French economic fabric, the declared candidate for the presidential election Xavier Bertrand wished to meet the CAPEB, the leading employers' organization in France in terms of the number of members.

During this exchange of April 8 with the Confederal Board of Directors and Jean-Christophe Repon, President of CAPEB, three essential priorities for building craftsmen were raised: the generalization of VAT at 5,5%, the limitation 2 years from the status of auto-entrepreneur in main activity as well as the need for the establishment of the symmetrical right of opposition in the calculation of representativeness.

Jean-Christophe Repon, President of CAPEB, declares:“I would like to thank Xavier Bertrand for these very enriching exchanges, proof of the consideration he brings to the sector and to artisanal construction companies. I had the opportunity to remind him that the health crisis has allowed the sector to show its agility and its ability to bounce back. To date, the main subject of companies is the need for activity because companies want to remain independent and not live on subsidies. To do this, it seemed essential to me to discuss three priority subjects which are VAT, employer representativeness and the status of auto-entrepreneur. "

Three essential themes at the heart of the discussions

Regarding housing policy, Xavier Bertrand notes, like the CAPEB, that the number of construction programs is very small even though the needs of individuals for their housing have increased sharply in recent months. To meet these expectations and increase construction activity, CAPEB is calling for a drop in the reduced rate of VAT to 5,5%. A measure corroborated by Xavier Bertrand who defended it in a context of exiting the crisis. He said he was ready to take up these fiscal challenges, convinced that it is better to encourage officially recognized activities with a reduced rate of VAT rather than those of individuals who carry out undeclared work.

During this exchange, Xavier Bertrand first of all wanted to mention the unfair competition that auto-entrepreneurs sometimes induce by not declaring all of their activity. In this regard, he regretted that a policy of "small steps" had been carried out for years and that the authorities had not taken the necessary measures to stem this deleterious situation both for the entire sector but also for the customers.

For his part, President Jean-Christophe Repon insisted on the fact that the CAPEB has never been hostile to the arrival of newcomers in the construction industry. However, it has always considered that this status should be limited to 2 years in order to serve as a springboard towards individual business under traditional law, because the status of auto-entrepreneur often leads to precariousness. However, it is precisely to emancipate building craftsmen from precariousness and allow them to live with dignity from building craftsmanship that the CAPEB was created in 1946.

CAPEB is very keen to review the rules concerning employer representativeness and more generally questions relating to social dialogue. President Jean-Christophe Repon indeed recalled that in the building industry, the FFB has a right of opposition for the sole reason that the companies they represent represent 50,5% of the employees of the branch. However, the CAPEB brings together 10 more member companies than the FFB. The Confederation explicitly asks for a symmetry of the right of opposition so that the number of companies represented is also taken into account.

Jean-Christophe Repon, President of CAPEB, testifies:"This situation is unacceptable and this current method of calculation deeply unfair!" Need I remind you that we have negotiated and signed collective agreements with the various organizations of majority employees but that FBB law still blocks their implementation, which leads to the application of collective agreements for some 10-year-olds? And yet, despite the irony of this situation, nothing changes, in particular because of the MEDEF which is favorable to this method of calculation which strongly favors it. For our part, we defend artisanal construction companies, which mainly have less than XNUMX employees and which constitute an important economic fabric. They should have the opportunity to be properly represented! This is why we have just asked the Prime Minister for a flash mission to change the regulations. I would like to thank Xavier Bertrand who heard our concerns on this subject ”.

For his part, Xavier Bertrand listened to the demands of the CAPEB on this subject. Xavier Bertrand finally concluded that the symmetrical right of opposition could be a solution and would oblige both sides, thus placed on an equal footing, to sit around a table and discuss. The 2014 law should therefore be amended in this direction.