Trade unions and employers received at the Elysee Palace for an update on the health, economic and social situation 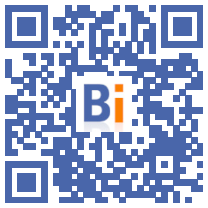 A long "listening meeting", but no decision at this stage, especially on the explosive subject of pensions: Emmanuel Macron received the union and employer leaders on Tuesday for an overview of the economic and social health situation, on background of concerns related to the Delta variant.

The meeting between the eight leaders of the major trade union centers (CFDT, CGT, FO, CFE-CGC, CFTC) and employers (Medef, CPME, U2P), also in the presence of Prime Minister Jean Castex and ministers Bruno Le Maire (Economy) and Elisabeth Borne (Work) will have lasted about 3 hours.

At the exit, the social partners notably mentioned the "rise in power" of the Delta variant deemed "worrying" and the subject of vaccination, while Jean Castex will consult local elected officials on Thursday on a possible obligation for caregivers.

The boss of Medef Geoffroy Roux de Bézieux pleaded that "it is necessary to be vaccinated and not exclude to make compulsory vaccination" in certain cases, where for Philippe Martinez (CGT) "to make it compulsory is to constrain without convincing". For Laurent Berger (CFDT), "we need a very strong policy of impetus", the only "solution to get out of it".

Another point on which the executive was eagerly awaited: the pension reform, a subject put on the table by the Head of State during a trip to the Lot in early June, but that the executive no longer seems in such a hurry to push.

Government spokesman Gabriel Attal stressed this week that a political decision on the subject should be taken "in particular depending on the epidemic and the extent of the recovery".

"If the economic revival is confirmed this summer and at the start of the school year, and the epidemic situation is under control, it is possible to act and start a movement," he insisted.

During the meeting, the subject was raised "without the president revealing his intentions to us," said the boss of Medef, wondering "about the timing, especially with the Delta variant and the upsurge" of the Covid-19 epidemic.

Laurent Berger (CFDT) warned him that there was "no passage way" on an age measurement next fall. A pension reform in the current state of affairs would be "irrelevant", he insisted, pointing to "a social and democratic risk".

His counterpart from the CGT Philippe Martinez noted for his part that the president had said that he would "think, consult" and that "at the same time, he proposed to us to extend the work started in 2019 to see the conditions under which we could do things ". Saying that he did not "understand" the position of the Head of State, he also noted that "everyone insisted on the risks of social tension".

Yves Veyrier (FO) also reiterated his "total disagreement" on the need to reform and Cyril Chabanier (CFTC) has "good hope" that the discussions will resume. The president said that "whatever decision he takes, the next few months must in any case not be wasted months," he said.

The Elysee Palace had indicated ahead of the meeting that the discussions were to focus "on the economic and health situation after more than a year of crisis" and, "following in particular the Blanchard-Tirole report", on "the solutions ahead. be brought to major challenges such as sustainable growth and ecological transition, the fight against economic inequalities or even the demographic challenge ".

How to say that pensions would be behind the discussions, while the report considers "inevitable" to reform the French system, in particular by delaying the age of departure.

A speech by the President of the Republic is expected by mid-July, several union officials evoking Tuesday "next week", without further details. It should make it possible to set the course for the end of the five-year term, in particular on the reforms he wishes to launch.