The Taj Mahal, architectural jewel of India, in the sights of Hindu fanatics 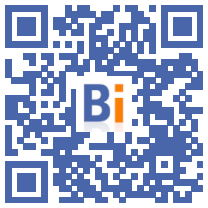 Thirty years after Hindu fanatics destroyed a centuries-old mosque in Ayodhya, which sparked bloody interfaith riots, supremacists are targeting other Muslim sites including the Taj Mahal, an architectural gem and symbol of India in the eyes of the world .

Currently in the crosshairs of supporters of Hindutva (Hindu supremacy), the Gyanvapi mosque, erected in the XNUMXth century in the ancient city of Varanasi (former Benares or Kashi), in the state of Uttar Pradesh (north), is the most threatened.

Last week, according to press reports, a court-ordered excavation was carried out at the site of the mosque, which revealed a "shiva linga", a phallic-shaped object, a "sign" of the god Shiva for his worshipers.

"That means it's the site of a temple," Kaushal Kishore, a state minister from the BJP, Prime Minister Narendra Modi's Hindu nationalist party, told reporters. Hindus should be able to pray there, he added.

Muslims are already prohibited from practicing their usual ritual ablutions where the alleged relic was found.

They fear that this Islamic place of worship will suffer the same fate as the Babri Masjid mosque in Ayodhya (Uttar Pradesh), built in the XNUMXth century.

After the destruction of the mosque in 1992, interfaith riots, among the worst in the history of independent India, broke out, and more than 2.000 people, mostly Muslims, died.

These events shook the secular foundations of the country and imposed Hindu nationalism as the dominant political force, paving the way for the election of Mr. Modi in 2014 to lead the country, where 200 million Muslims live.

Since the 1980s, the BJP has supported with great zeal the construction of a temple dedicated to the god Rama, avatar of Vishnu, on the very site of the mosque. Mr. Modi laid the foundation stone in 2020.

Hindu extremists have since turned to the Taj Mahal, built by the Mughals, who reigned over much of the Indian subcontinent from the XNUMXth to the XNUMXth century, and listed as a UNESCO World Heritage Site. They agitated to obtain the right to pray there, arguing that the monument was built on the site of an ancient sanctuary dedicated to Shiva.

According to Sanjay Jat, spokesman for the Hindu Mahasabha, a radical Hindu organization, the Taj Mahal was built in Agra (Uttar Pradesh) on a temple dedicated to Shiva "destroyed by Mughal invaders".

The mausoleum -- erected between 1631 and 1648 on the initiative of Mughal Emperor Shah Jahan to perpetuate the memory of his late wife Mumtaz Mahal -- has become the universal symbol of eternal love, and the country's main tourist attraction. and millions of visitors flock there every year.

"We will destroy the Taj"

That the Taj Mahal symbolizes India in the eyes of the whole world has always enraged Hindu supremacists. But today this resentment is expressed to the point of openly threatening its integrity.

"I will continue to fight for this until I die. We respect the courts, but if necessary, we will destroy the Taj and prove the existence of a temple there," Jat told AFP. admitting in fact that the claim is unfounded.

This month, a petition from a BJP member was filed in Uttar Pradesh to compel the Archaeological Agency of India (ASI) to open XNUMX rooms in the Taj which allegedly contain Hindu idols. The ASI denied the existence of such objects and the court summarily dismissed the claim.

Audrey Truschke, associate professor of South Asian history at Rutgers University (United States), considers these claims "about as reasonable as saying that the Earth is flat".

No "coherent theory" on the Taj Mahal has been put forward, the expert told AFP, who sees it rather as an expression of "a furious and fragile nationalist pride that does not allow anything non-Hindu to be Indian and demands to erase the Muslim contribution to the Indian heritage".

On Thursday, a court agreed to consider one of many requests to destroy the Shahi Idgah mosque in Mathura, Uttar Pradesh, where police have since been on high alert.

It was erected by the Mughal Emperor Aurangzeb after he conquered the city and destroyed its temples in 1670, next to a temple built later on the birthplace of the god Krishna, according to Hindus.

These claims result from a "very basic" knowledge of Indian history, explains historian Rana Safvi, coupled with a "feeling of victimization" fueled by the flood of misinformation circulating on social networks.