The SNCF wants to multiply the solar panels on its land 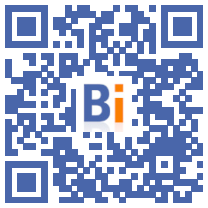 SNCF intends to multiply solar farms on part of the wasteland it has along the railway lines, to produce renewable electricity on unused land, its boss said on Thursday June 30.

"We have land, we can do something intelligent," remarked SNCF CEO Jean-Pierre Farandou, who inaugurated a solar power plant in a former marshalling yard in Le Mans.

"We want to expand this kind of solar farms to other places," he told AFP.

“We have a lot of industrial wastelands or abandoned railways that lend themselves perfectly to the installation of solar farms,” he added. "There is significant potential."

The public group has 30.000 hectares of wasteland, according to its subsidiary SNCF Immobilier.

The Le Mans-Arnage solar power plant, located on the edge of a railway line overgrown with weeds, includes 572 tables of photovoltaic panels placed on a 17-hectare site. The Arkolia Energies company, tenant of the SNCF, has produced 11.400 Mwh of electricity there per year since last summer, which according to its promoters corresponds to the consumption of 4.500 households.

The quantity may seem negligible compared to the 9 TWh (9 million MWh) of electricity that the SNCF consumes each year, but "you have to start somewhere" underlined Mr. Farandou.

The electricity produced in Le Mans is also reinjected into the national grid, and is not used directly by the railway company.

“What is important is that we inject electrons into the system,” commented Mikaël Lemarchand, director of social, territorial and environmental commitment for the public group.

"It's done in full partnership with local authorities. We also see their desire to be more autonomous in terms of energy production," added Mr. Farandou, who more generally advocates greater sovereignty in energy supply.

The agglomeration of Le Mans, for example, currently consumes 4.600 GWh per year, including 450 from renewable energies. The objective by 2030 is to reduce consumption to 4.000 GWh, including 1.200 renewables, noted the mayor (PS) Stéphane Le Foll.

Two other similar solar power plants are in the pipeline, in the Ardennes and the Sarthe. Still in the field of the SNCF, Gares & Connexion has launched a call for interest to equip station car parks with solar panels. She expects the result this summer.