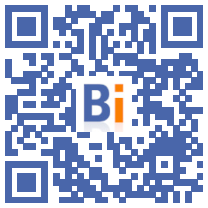 After five years of continuous growth, the private pool sector has reached a new record with a 32% increase in turnover in 2021, welcomed the Federation of Pool Professionals (FPP) on Thursday.

“For the sixth consecutive year, the turnover of the swimming pool sector has increased and in 2021 reached a record level of growth”, underlined Jacques Braun, administrator of the FPP, during a press conference. .

In detail, around 244.000 swimming pools were built in France in 2021, including 86.000 buried pools and 158.000 above ground, according to the federation which brings together more than 1.400 French companies specializing in swimming pools and spas.

A record figure made possible by “the democratization” of the private swimming pool market as well as by the “generalization of forms of hybrid work”, like teleworking since the health crisis, estimates the president of the FPP, Stéphane Figueora.

The share of workers, farmers and employees owning an in-ground swimming pool would have jumped by 10% in four years, going from 14,1% of swimming pool owners in 2017 to 24,7% in 2021, i.e. nearly 1/4 of owners private swimming pools, he continued, using the figures of a survey carried out by the firm Decryptis in February and March 2022 on behalf of the FPP, with a sample of 18.000 households living in a single-family house.