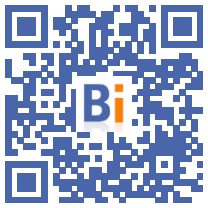 The government announced on Monday the launch of a project for the creation by 2026 of 500 homes for the elderly in the heart of small towns, intended for those who do not wish to go to an nursing home or who can no longer live alone.

"Between home care and nursing homes, this solution allows you to live with other people, but in a collocation or small living unit format", said the Minister of Territorial Cohesion, Jacqueline Gourault, during the first meetings of the Small Towns of Tomorrow program, launched a year ago and with a budget of 3 billion euros by 2026.

The Minister for Autonomy, Brigitte Bourguignon, for her part, underlined that this "call for expressions of interest in the small towns of tomorrow will make it possible to better support the promoters of inclusive housing projects".

"It is intended for the elderly and people with disabilities who make the choice, as a shared residence, as a main residence, of a mode of housing grouped together and with other people," he said. -she adds.

"There are thus 500 inclusive housing operations in the heart of the city that will be supported until 2026 (...). For the year 2022, 45 million euros will be mobilized throughout the national territory for the help in shared living, ”she added.

"This corresponds to a very strong demand from people who at the same time do not see themselves leaving the place where they have lived all their life and who want to stay there and live at home but with other people", specified the cabinet of Ms. Gourault.

The objective of the "Small towns of tomorrow" program is to support revitalization projects for a thousand localities with fewer than 20.000 inhabitants. More than 87% of the municipalities concerned have signed their membership agreement, the ministry said.