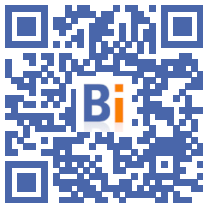 The new environmental regulations (RE2020) aim to make new buildings more environmentally friendly. It has three main objectives: to give priority to energy sobriety and the decarbonisation of energy, to reduce the carbon impact of the construction of buildings and finally to guarantee comfort in the event of high heat.

This text, which will come into force on January 1, 2022, will gradually concern individual housing, collective housing and buildings in the tertiary sector.

Faced with the observation that the provisions of RE2020 lead to the gradual exclusion of the use of gas from new constructions from January 1, 2022 without distinction between natural gas and renewable gas, Coénove filed a request with the Council of State on September 29, 2021 aiming to cancel the silence of RE2020 on biomethane and asks for a supplement to integrate renewable gas into the text.

For Bernard Aulagne, Chairman of Coénove, "The exclusion of biomethane from new constructions resulting from the RE2020 is questionable on several aspects" :

The objective pursued by the association through this recourse is consistent with the convictions it defended throughout the consultation process, namely to promote the energy and environmental performance of buildings through a balanced energy mix favoring recourse. renewable energies. And Bernard Aulagne to emphasize: “We are particularly attached to achieving the ambitious objectives that France has set for the success of the energy transition. Our approach is not conflicting and simply aims to redress an injustice with regard to renewable energy, biomethane, which has its place in the energy mix. "