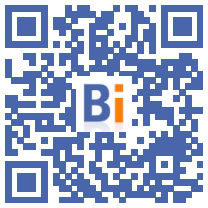 The “Roulépur” research program shows that there are solutions to manage the astronomical volumes of polluted rainwater that ends up in the sea each year.

The conclusions of the “ROULEPUR” evaluation program, funded by the Seine-Normandy water agency, the French Biodiversity Office (OFB) and ECOVEGETAL(1), shows that, on an annual scale, permeable car parks retain up to 90% of rainwater and reduce, by more than 80%, the majority of pollutants present.

The goal of the “ROULEPUR” research program (2014-2020) was to assess the performance of solutions for the retention and reduction at source of pollutants linked to road and parking water in real conditions. Remember that the question arises sharply because each year more than 3,5 million m² are tarred and therefore waterproofed.(2) and more than 3 million m3 rainwater, untreated or too rarely, which is discharged into rivers and the sea(3).

Within the framework of “ROULEPUR”, several experiences, complementary to each other, have been set up by all the technical partners of the program. Let us note, among these, the experiment carried out by ECOVEGETAL, LEESU and CEREMA, which aimed to measure the retention and treatment capacities of polluted rainwater of different types of permeable parking systems (vegetated or not) versus waterproof parking.

Lucie Varnède, doctor and research engineer at ECOVEGETAL, completed her thesis as part of the ROULEPUR program. It explains the material resources put in place for the measurement: “We are studying an ECOVEGETAL car park in Villeneuve-le-Roi built 7 years ago, the permeable car park of the ECOVEGETAL company and simulation models. " 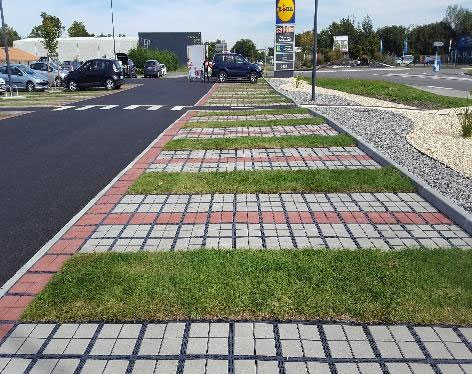 For the 20% of events where water flows from the drains of permeable parking lots, the percolation of rainwater through the permeable ECOVEGETAL parking lots makes it possible to limit flows and significantly reduce peak flows by outlet of drains (between 84 and 89%). ECOVEGETAL makes most of the permeable car parks without drains to infiltrate all the rains. For the experiment, the car parks where the measurements were taken were fitted with drains.

Evapotranspiration is also an important element to take into account in the capacity of permeable car parks to manage rainwater, with very low or even zero runoff coefficients in the summer.

The ROULEPUR study shows that for most permeable car parks in France, it is possible to infiltrate all of the rain received, which will allow water tables to be replenished in urban areas.

Regarding the treatment of pollutants linked to the flow of rainwater, it is observed that permeable parking lots can reduce more than 80% of the annual masses of 51 pollutants.

One thinks, in particular, of the concentrations of heavy polycyclic aromatic hydrocarbons (PAHs) (generated, in particular, by the combustion of engines) and of phthalates (mainly used in PVC plastics). Permeable car parks also provide a solution for the treatment of certain pollutants such as nonylphenols.(4) or Bisphenol A(5), with a reduction of between 20 and 80% depending on the pollutants.

“These are all pollutants that we could retain to avoid polluting our rivers and, consequently, the sea and the oceans. The development of permeable soils is a major emergency to manage rainwater, replenish groundwater and effectively contribute to cooling the climate in our cities. "
Pierre Georgel - founder of ECOVEGETAL

(1)ECOVEGETAL, co-leader in green roofs, with more than 3 million m² of roofs, and leader in permeabilized car parks, with more than 4 million m², employs 100 people spread over 4 production sites in France. Its head office is located in Broué in the Eure et Loir (28).
(2)According to the building permit declarations registered by town halls in mainland France. In addition, it is estimated that the total bitumen surfaces each year could amount to more than 8 million m² if we take into account individual houses and city car parks, ie an entire department waterproofed every 10 years.
(3)Sources ECOVEGETAL design office
(4)Nonylphenols are organic compounds used in chemistry. They are theoretically biodegradable but toxic.
(5)Bisphenol is an organic compound used in the manufacture of resins and plastics. It is considered to be an endocrine disruptor.