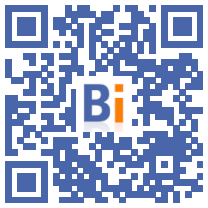 After a "complicated" year 2022 by the surge in energy consumed in crushers, professionals in building materials, aggregates and concrete are expecting a "new downturn in activity" in 2023, which would thus fall back almost to the level of covid year in 2020.

The production of ready-mixed concrete and that of aggregates used for public works and construction sites should fall by 4% in volume next year, after a decline also estimated at 4% in 2022, according to forecasts made public Thursday by the National Union of Quarry and Materials Industries.

Unicem expects 331 million tons of aggregates to be extracted next year in France against 327 million tons in 2020, and 37,6 million cubic meters of concrete poured against 37 million in 2020.

Over the first 10 months of this year, the organization, which brings together 7.100 stone, tile, concrete or aggregate production sites, representing 7 billion in consolidated turnover, saw product deliveries decrease by 3,1% compared to the same period of 2021, "with a worsening of the trend in recent months".

In detail, quarry activities fall a little less at the end of the year than concrete production: "it is possible that to guard against the risk of shortage linked to the energy costs to be expected at the start of the year, quarries are engaging in storage strategies, which is currently boosting their production," said Alain Boisselon, president of Unicem, during an interview with AFP. 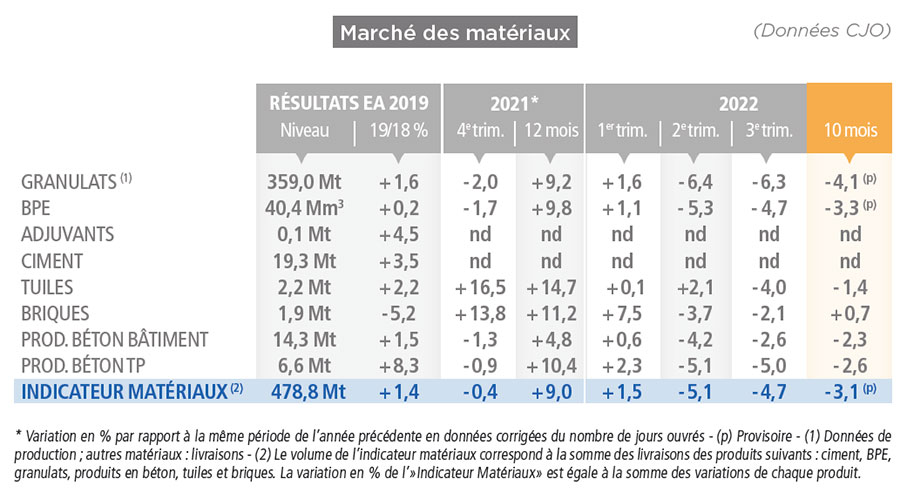 "The price of electricity will be multiplied by 4 or 5 between this year and next year, but the crushers used on construction sites are all electric because high power is required at start-up", he explains.

The shock is all the more severe for the sector since until the end of 2021, it had been spared from the price increases which mainly affected imported materials: wood, plastic, copper...

“We are local and sheltered from international tensions, but in 2022 we were overtaken by energy-driven inflation,” Boisselon added.

From January 2021 to the end of October 2022, the prices of ready-mixed concrete thus increased by 7,4%, according to INSEE. Those of building stones by 7,4%, and those of sands and aggregates by 7,3%.

Unicem's concern is all the greater in that it is a sector which is struggling to pass on cost increases to its customers, and which has observed a surge in its production costs of around 10% this year.

“The regions are telling us about the concerns of professionals who fear business failures,” says Mr. Boisselon.

The only positive point is that order books, boosted by the post-covid recovery, remain "very high", at 9,4 months. "But professionals are concerned to see that construction start times are getting longer," said Carole Deneuve, head of the economic and statistical department of Unicem. "We have doubts that all the permits can be fully realized."

In addition, "the demand for real estate products is dropping," adds Ms. Deneuve. “Over the past three months, the number of building permits filed has fallen by 25% compared to the equivalent three months of 2021” in individual housing, she notes.

Mr. Boisselon warned against a risk of "breaking the new construction sector": "We may very well have the same problems as EDF if we are forced to close our training centers, which would undermine a sector of excellence," he said.

Unicem trains a thousand apprentices each year on three campuses, in trades such as quarry manager, machine operator or stonemason.

The organization would also like to obtain a postponement to July 2023 of the start of the collection of eco-contributions as part of the establishment of REP channels for recycling construction materials and waste, applicable from January 1, 2023.