New Caledonia struggles to pay for its electricity 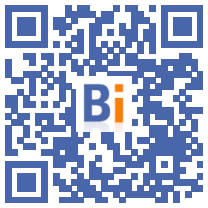 Faced with soaring coal prices linked to the war in Ukraine, the Caledonian electricity system is threatened with bankruptcy: 80% of the electricity produced in New Caledonia comes from imported fossil fuels and its manager simply fears the cessation of payment.

The New Caledonian Energy Company (Enercal), a semi-public company in which New Caledonia has been the majority shareholder since 2008, has done its accounts: it will be insolvent by the end of the year. if no measures to compensate for its deficit are taken, it itself announced at the end of October.

"The price of coal has multiplied by almost five, and the crisis in Ukraine is also having unfavorable consequences for us on the exchange rate. However, all the projections show us that the situation will not improve for at least three years," Enercal CEO Jean-Gabriel Faget told AFP.

According to Enercal, the consequences of the war in Ukraine should lead to an additional deficit of 42 million euros for the year 2022. A substantial figure which is added to the company's overall deficit of 75,6 million euros.

A real headache for the local government, already forced to vote at the start of the year for an 11% increase in the public tariff, frozen since 2012. A freeze never compensated until then by the public authorities with the company. To cope with the additional cost, it would be necessary to "increase the public tariff again, by around 20%", according to Enercal estimates.

A situation "unthinkable", estimates Christopher Gyges, member of the local government in charge of the energy transition, who intends rather "to solicit the State under national solidarity".

New Caledonia does not benefit from the compensation system which allows consumers in overseas departments to pay the same price for electricity as in France, despite the additional costs linked to insularity.

In the medium and long term, the local government is betting "on renewable energies to get out of dependence on fossil fuels", says Christopher Gyges.

New Caledonia has adopted an ambitious energy transition plan for the period 2016-2022 which has made it possible to increase the share of renewable energies in electricity production from 10 to 23%.

The territory now has 39 photovoltaic farms producing 178 megawatts/hour. 25 new production sites should be built between 2023 and 2025. "The objective is that the equivalent of public consumption, that is to say outside the metallurgical sector, be produced from renewable energies by 2030," adds Gyges.

Updating this scheme could be applied to nickel, which has three factories, making the archipelago an extremely industrialized place, given its population of 270.000 inhabitants. Some 75% of the electricity produced is also consumed by the metallurgy industry and the new text therefore plans to increase the share of renewables in the sector's electricity supply to 50%.

There remains the thorny question of storing the energy produced in lithium-ion batteries. "Today, storage on a lithium-ion battery is a solution that is extremely expensive. The kilowatt/hour that enters a battery, at the exit its price is multiplied by three", underlines Jean-Gabriel Faget.

The government intends to develop pumped energy transfer stations that operate by pumping water with photovoltaic energy during the day and use this water to turn turbines at night and generate electricity. A more economical alternative, but requiring significant investment: 600 million euros for two units capable of storing 300 megawatts.

In total, 2,4 billion euros of investment are planned for the development of renewable energies. A colossal sum which is debated: presented to the elected representatives of the New Caledonia congress, its examination was postponed by the separatist majority of the assembly, which considered that it did not have sufficient visibility on the territory's capacity to support these investments. .