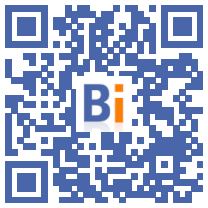 The administrative court rejected an appeal brought by opponents of the construction of the Tour Occitanie, a 150-meter high building in the center of Toulouse, following the conclusions of the public rapporteur.

The building permit for this 40-storey tower, which would be a first in the 4th largest city in France devoid of tall buildings, was issued by the town hall of Toulouse in 2019.

Four associations, including France nature environnement (FNE) and Non au skyscraper de Toulouse, as well as three individuals, had considered that the project was disproportionate, incomplete and polluting.

In a press release on Thursday, the Toulouse administrative court considered that the "potential impacts" of the Tour Occitanie had already been measured on the scale of a larger urban complex called "Grand Matabiau-quais d'Oc", subject to an environmental assessment.

He also underlined the absence of infringements of town planning rules, particularly in terms of height, parking spaces and social housing "which correspond to the town planning bias adopted in this area".

Thus, according to justice, the absence of parking spaces for motorized vehicles is "not vitiated by a manifest error of assessment". The court highlighted "the public transport offer available near the project" as well as "parking possibilities in private car parks".

Finally, he considered that the risk induced by regular transport of dangerous materials at the Matabiau station, in the immediate vicinity of the project, is the subject of "specific safety measures" and is "sufficiently taken into account".

For the president of the association No to the skyscraper of Toulouse, Richard Mébaoudj, this decision "contains errors of law", in particular about the absence of parking for the disabled.

"We remain mobilized and we give ourselves time to reflect with the other associations" to possibly seize the Council of State, he told AFP.

This project by American architect Daniel Libeskind is a green building from top to bottom, with spiral glass facades. The tower must house 11.000 m2 of offices, shops, around a hundred apartments, a panoramic restaurant-bar, a hotel and SNCF premises in the base of the building.

The mayor of Toulouse Jean-Luc Moudenc (LR) sees in the Tour Occitanie an "architectural signature at the height of the ambition of a European metropolis". The Toulouse conurbation, where the headquarters of the European giant Airbus is located, is experiencing strong demographic growth thanks to the aeronautics sector.