In 2022, Hidalgo wants to "continue the embellishment of Paris" while its inhabitants denounce a sacking of the capital 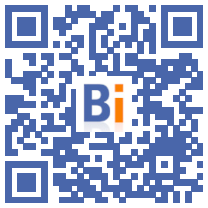 The mayor of Paris, Anne Hidalgo, wishes in 2022 to continue to give back to the capital "all its splendor" and to continue its "embellishment", from the main tourist sites to the gates of working-class neighborhoods, she declared on the 6th. January in his vows. A point of view visibly little shared by the Parisians, many to denounce the works that are disfiguring their city.

The socialist mayor said in his wishes posted online, instead of a ceremony canceled due to the new wave of contaminations due to the Omicron variant, that while "the countdown to the Olympic and Paralympic Games of 2024 will accelerate ”,“ we will continue to restore Paris to all its splendor: I am thinking of the large Eiffel Tower site (...) and the launch of the redevelopment of the area around Notre-Dame ”.

While 2021 was a year full of challenges to the decisions taken by the Parisian town hall, in particular with the #SaccageParis movement, which denounced the choices of road development, the lack of cleanliness of the streets or the urban furniture among others, the town hall de Paris committed last December to reviewing certain points of its redevelopment project around the Eiffel Tower to take into account the criticisms highlighted during a public consultation held in the fall.

While the town hall wants to pedestrianize and vegetate the Trocadéro-Champ-de-Mars axis, for a budget of 107 million euros, it has announced "to study new furniture" for the Iéna bridge, where the prospect of ferries vegetation was "widely questioned" by the contributions.

The surroundings of Notre-Dame-de-Paris are also concerned: the "competitive dialogue" underway between the four finalists must reach the goal at the end of June with the designation of the winner. On the other hand, the works, amounting to 50 million euros, will not start until after the Olympic Games in 2024.

"We will continue to embellish Paris," said the PS presidential candidate, "paying particular attention to the doors that connect us to the metropolis: the Porte de la Chapelle", where the Arena 2 (multifunctional room approximately 8.000 places) is under construction, "and the Porte de Montreuil", where the hall project to house flea traders arouses their mistrust.

"We will invest 1,65 billion euros this year to transform our city and fight against inequalities", recalled Anne Hidalgo by announcing the creation of 6 new courtyards-oases and of "thirty" new "streets to schools ".

These “streets to schools” were created following the first confinement in order to promote the physical distancing of students and to keep cars away. These partially or totally pedestrianized streets will number 169 within the next few weeks according to a count from the town hall. The development of 21 new streets for schools are planned at a cost of 9 million euros.