The "puciers" of Montreuil obtain a first step forward 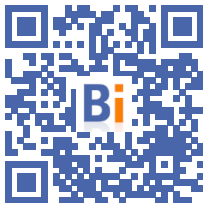 The Paris town hall has modified its plans for the provisional redevelopment of the flea market at Porte de Montreuil, which will have to be moved for the first time in 2024 before integrating a covered hall by 2027.

"A beautiful space that suits us": contacted by AFP, Djamel Zidani, president of the puciers' union, estimates that the latter, 250 holders and 140 "flyers", will "have a good holiday" after the agreement found mid -December with the town hall on their new location during the construction period.

With a budget of around 100 million euros, the mayor of Paris has begun the transformation of the Porte de Montreuil, an inhospitable entrance to the east of Paris, which should last from 2023 until 2029.

In addition to transforming the central part into a vegetated esplanade, the project provides for the construction of a double hall instead of the large outdoor car park occupied three days a week by the flea market, which will be relocated there.

During the works, these chips were initially to move near the Porte de Vincennes, in a square frequented by young people "who hardly leave Paris during the holidays", had denounced in November Nathalie Maquoi, elected Génération.s of the XXth arrondissement.

Thanks to the "support" of elected EELV and Génération.s, according to Mr. Zidani, the merchants have finally obtained to occupy the wide sidewalk of the street parallel to the ring road between the two gates, which will accommodate all the puciers. "We started from afar" with the square, "an intermediate proposal with 180 places or even 120" while the puciers "are currently 380", underlined Jérôme Gleizes, elected EELV of the XXth arrondissement. The final project, which provided for a reduction from 350 to 240 of the locations in the hall in exchange for an opening 5 days out of 6, will be discussed again from February, says Mr. Zidani, opposed to this enlarged opening and who calls for compensation. financial.

The town hall must sell the land to the developer Nexity who will build the lot, then bought for 26 million euros by the town hall in order to house these puciers. But "Nexity does not respect its own commitments which it had made during the jury (...) when more than 400 places had been promised", had denounced Antoinette Guhl (EELV) to the Council of Paris.

"The quantitative offer has evolved before the award to the winners", replied the deputy for town planning (PS) Emmanuel Grégoire, defending a "qualitative upgrade in the reception of puciers and their customers".