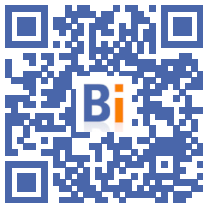 The giant Action Logement announced on Wednesday a "take-off" at the end of the first half of the year for its device dedicated to the block purchase to lessors of social housing, then resold primarily to tenants to facilitate their home ownership.

Managed jointly by employers and unions from a tax levied on businesses, Action Logement is one of the main owners of low-cost housing with a portfolio of one million housing units.

In February 2019, it set up the National Sales Operator (ONV), responsible for acquiring social housing assets held by lessors with a view to their resale, primarily to occupying tenants.

On Wednesday, he announced the launch of a third call for expressions of interest. During the two previous calls, a total of "88 lessors applied" to the device, offering 13.100 housing units: 12.288 of them were found to be suitable for regulatory criteria, said David Larbodie, director general of the ONV, during the presentation. a press point.

"To date, 3.433 housing units have been acquired or are under promise to sell. This represents an investment of 385 million euros", while the ONV is endowed with 666 million euros and its objective is to acquire 40.000 homes in ten years, he said.

Regarding the marketing of these newly acquired homes, "we made 12 sales for 1,2 million euros, and signed 6 sales promises, which may represent little but we will have an extremely strong take-off, at the end of the first semester we will have a stock to market of more than 2.200 housing units throughout France ", pointed out Mr. Larbodie.

"We are in working order and ready to accelerate, we expect an exponential progression", underlined the general director of the ONV, insisting on "the activity of long time" of the operator "which must rehabilitate the dwellings" before selling them.

The ONV is "a very important tool for developing social access to property for employees with modest incomes, at attractive prices. It is also a tool for answering the question of social diversity", for its part underlined Philippe Lengrand, vice-president of Action Logement.

The operator also allows HLM organizations to "reconstitute their own funds but also to gain leeway to invest in new housing. A sale of social housing corresponds to 2,5 new housing units produced", recalled the president of Action Logement, Bruno Arcadipane.