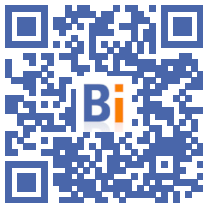 As part of the "energy sobriety" plan, the Minister for Energy Transition, Agnès Pannier-Runacher, and the Minister Delegate for Industry, Roland Lescure, brought together the "Industry" working group on Wednesday 7 September, under the aegis of the National Industry Council (CNI), in the presence of industry representatives, trade unions, sector strategic committees, energy suppliers and industrial innovators.

To build this plan, the government's method was based on two pillars: anticipation and consultation. The Prime Minister, Elisabeth Borne, and the Minister for Energy Transition, Agnès Pannier-Runacher, announced on June 23, during a trip dedicated to the energy crisis, the launch of an energy sobriety plan to reduce 10% our consumption, the first step before a 40% reduction by 2050.

The launch of the "Industry" group is part of this

On this occasion, Ministers Agnès Pannier-Runacher and Roland Lescure recalled the need for collective mobilization to hunt down energy waste. In the context of the crisis that we are going through, the success of the sobriety plan will make it possible to avoid restrictive measures. In the longer term, energy sobriety will be fundamental to achieving our climate goals.

The avenues raised by the working group

The first thoughts from the “Companies and organization of work” working group, which was launched on July 1 and brings together trade unions and employers’ organisations, were shared by Medef with a view to disseminating good practices among manufacturers. These common-sense measures primarily concern heating, which should be set at 19°. They also relate to tools for measuring, monitoring and managing energy consumption. Finally, they concern the management of lighting, the optimization of which can lead to up to 70% less expenditure; transport, to promote sustainable mobility; but also awareness of eco-gestures, particularly in terms of digital uses.

Beyond the transversal measures on tertiary buildings discussed in other working groups, the energy sobriety measures specific to the industrial sector relate to industrial processes but also supply chains or the organization of work within companies.

With regard to industrial processes, the strategic committee for the “New energy systems” sector presented the “IDécarbone” initiative, which brings together the carriers of solutions capable of organizing the sobriety of manufacturers. The initiative aims to reference decarbonization solutions and connect professionals and companies wishing to decarbonize their industrial sites. The 1st national meeting between solution providers and industries is scheduled for October 10, 2022.

The Fédération des Industries Ferroviaires (FIF) stressed, for its part, that innovation could be a source of sobriety, taking the example of the TGV of the future, which is more economical, which optimizes and recovers braking energy.

Several players in the sector have also expressed their desire to better share best practices, including the Union of Metallurgical Industries and Trades (UIMM) with the 42 companies it represents.

Finally, France Logistique presented several lines of work to optimize the distances traveled in warehouses, pool means of transport, while recalling the urgency of decarbonizing vehicles by investing more in the transition of diesel fleets of heavy goods vehicles.

Beyond the energy sobriety plan, this meeting also allowed the ministers to share the government's plan to secure gas and electricity supplies for this winter, and to recall their desire to protect industries.

To deal with the energy shock, a detailed diagnosis of the issues is necessary. Manufacturers were asked to specify to what extent they are exposed to rising prices, in particular with regard to the loss of international competitiveness.

The ministers recalled the first support measures for industrialists affected by this price increase, in particular the extension and simplification of the “gas and electricity” aid intended for companies that consume large amounts of gas and electricity. Deconcentrated State services are mobilized to support companies that encounter difficulties.

For Agnès Pannier-Runacher, Minister for Energy Transition: “Like the State, companies – including industrial ones – will play their full part in reducing our energy consumption. But I remind you: sobriety is the hunt for waste, it is attention to heating, lighting, it is not asking companies to lower their production or their activity. These are collective, proportionate and reasonable efforts. The success of this plan will require the mobilization of all. »

For Roland Lescure, Minister Delegate for Industry: “This diagnosis will be particularly valuable for strengthening the action of the French authorities with the European Union to protect French and European industry, and to acquire the tools in France that will allow the production system to be supported as accurately as possible. »