Demolition of construction unit number 1 at the entrance to Lyon 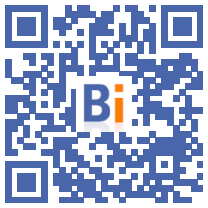 Of the 330 apartments, there remains a huge concrete skeleton, which a giant mechanical shovel is working to dismember. In Bron, in the suburbs of Lyon, one of the oldest "bars" in France disappears after having seen thousands of lives pass by.

On the side of the 46-meter-high building, the demolition in progress has revealed a mosaic of pastel colors: sections of walls and their tapestries, remains of old interiors.

Blocks of stone, held in the air by the interlacing of cables that armored the slabs at each level, complete this strange picture.

"The building unit number 1" (UC1) was inaugurated in 1959 within a "large complex" of 2.600 housing units, the largest among six built at the time throughout baby-boom France - Angers, Boulogne-Billancourt, Bron, Le Havre, Pantin and Saint-Étienne.

Designed by architects who were disciples of Le Corbusier, the UC1 at the time embodied all modern comforts. Its polychrome facade has not yet been redesigned in gray, the ring road does not yet pass in front of it and the surroundings are rural.

Six decades later, the district has become a "priority" for city policy and the demolition of the "liner", landlocked in a road junction, is the symbol of an urban renewal project.

The mechanical shovel, whose arm equipped with a clamp extends to the 14th and last floor, has already brought down a mountain of rubble by "nibbling" the building 230 meters long, 12 wide, on one side. .

"We could go faster but at the cost of greater nuisance for the neighborhood," said Marjorie Dumont, operation manager at Lyon Métropole Habitat (LMH), social landlord owner of the premises.

The work began in July 2020, when the last of the 800 inhabitants left, and should be completed next summer, once the foundations have been backfilled. Its budget of 10,5 million euros is financed two-thirds by Anru, the rest by LMH and the Métropole de Lyon.

Before tackling the 40.000 tonnes of concrete, the inhabitants had to be relocated. Four years were necessary. Half of the households chose to stay in Bron.

It was then necessary to remove asbestos. Then "deconstruct" the apartments in a "selective" way, by dismantling showers and sinks, shelves and radiators, doors and cupboards, partitions and windows: 1.200 tonnes of materials (wood, glass, earthenware, metals) to be recovered.

Climbing up the floors today, open to the four winds, we can still find traces of past lives: photos on a wall, tags on the elevator, the garbage chute, a switch ... In his new home , a nostalgic for UC1 demanded to find a switch in exactly the same place.

Exposed, these spaces inhabited for decades briefly seem to be reborn when sunlight crosses them, morning and evening.

But it's time for demolition. Classic blasting was not possible due to the proximity of the ring road. Hence the recourse to the mechanical shovel, which will have finished its task in the spring.

The operation does not necessarily spell the end of the model, especially since the demand for social housing is strong on the Rhône, we point out at LMH.

"We cannot sweep it away with the back of the hand and say that everything must be demolished. For many, UC1 was a way of getting closer to the city, thanks to low rents," said Paul-Antoine Lacombe , who ran the local agency of the lessor during the relocations.

UC7 already disappeared in the 2000s. But of the 2.600 initial apartments in the eight bars built in Bron, 1.750 are still occupied. "Our desire is to renovate them because they remain socially useful," he says.