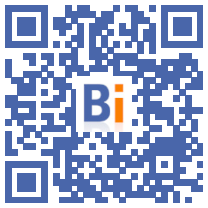 A former construction company manager, found guilty of having swindled dozens of people, including notables from Saint-Etienne, to finance a real estate project that never saw the light of day, was sentenced to three years in prison, including half accompanied by suspension, by the criminal court of Saint-Etienne.

Roger Onave, 70, was ordered to compensate his victims up to nearly 650.000 euros and was also found guilty of "exercising a commercial or industrial profession despite a judicial ban".

He had been banned from managing an activity by the commercial court of Saint-Etienne, after a series of bankruptcies of his companies.

In its judgment, which had been reserved, the court did not issue the deferred filing warrant required in June by the prosecution against Roger Onave.

The latter was already imprisoned for nearly two months at the penitentiary center of La Talaudière (Loire) at the end of last year, for having violated the judicial control prohibiting him from coming into contact with the victims.

Many notables from Saint-Etienne were among the plaintiffs, more than thirty of whom had become civil parties. The former entrepreneur had borrowed money from them for a subdivision project that never saw the light of day in this city of the Saint-Etienne agglomeration.

The former leader, member of the Radical Party, president of an association to help local medical research and president of the Metropolitan Tourist Office under the previous municipal mandate, had called on his important network of contacts to finance the project.

Contacted by AFP, his lawyer said he did not know at this stage whether or not he will appeal the decision of the criminal court.