At the Assises du BTP, government announcements insufficient to respond to the sector's concerns 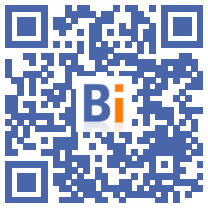 On September 22, Bruno Le Maire, Minister of the Economy, Olivia Grégoire, Minister of SMEs and Crafts, as well as Olivier Klein, Minister of Housing, announced the first 13 measures resulting from the work of the Assises du BTP. These measures, relating to support for the economic operations of professionals and the simplification of administrative procedures, were generally welcomed, but professional organizations still see them as a “first step” below the expectations of the sector.

Faced with the increase in the price of materials, the difficulties of supplying companies and the desire to support the sector in its ecological transition, Bruno Le Maire announced last July the launch of the Assises du bâtiment et des travaux publics ( BTP), space for consultation and development of concrete measures, carried by the sector and which can be quickly implemented.

The first objective of this meeting is to respond as soon as possible to the needs of the construction sector in order to overcome the challenges linked to inflation. The second objective of this Conference is to meet the structural expectations of the sector in terms of simplification and ecological transition, but also training and digital technology. Finally, the third objective is to initiate a change in the method of dialogue between the State and the sector. The actors of the sector formulated their recommendations, which were then studied by the State within the framework of working groups associating all the stakeholders.

More than 200 representatives of the sector were heard during these exchanges which were structured in 6 working sessions. More than fifteen federations representing the production and distribution of materials, construction and project management took part. More than a hundred measures relating to the economic balance of operations, simplification and ecological transition were discussed. Local authorities were also associated with the validation of the first 13 measures presented.

On Thursday, September 22, the Government therefore presented the measures which will be able to enter into force without delay. These measures are the result of requests from the sector, they preserve the balance of public finances while respecting the dates of entry into force of texts on ecological transition (low emission zones, extended producer responsibility in particular). The other measures continue to be appraised and may be the subject of new announcements by the end of 2022.

Measures to improve price predictability in public and private markets

Measures to accelerate the ecological transition in this sector

The FFB that the possibility of obtaining compensation for “abnormal additional costs” constitutes an important step forward. It will make it possible to find legally secure solutions. Similarly, maintaining the €100.000 ceiling for signing over-the-counter contracts is a step in the right direction for the professional organisation, as is the 30% increase in fixed advances on State contracts.

Some initial measures concern private markets, such as the announced strengthening of controls, including for individuals, or all markets, such as the continuation of work to create a tool to better understand the evolution of the prices of materials and better anticipate their evolution.

For Olivier Salleron, president of the FFB: “this rapid mobilization in favor of craftsmen and building contractors must be amplified, in particular on measures relating to private markets. The announcement by Bruno Le Maire that the Assises du BTP are continuing is therefore good news. From the outset, the FFB has wanted this industry-government co-construction approach to take place over time, so as to move from dealing with immediate problems to developing a medium-long term strategy for the sector. construction. The ecological transition and the digital transformation in progress impose this. »

For CAPEB, "an encouraging first step but still insufficient to respond to the concerns of craft building companies"

With its 26 concrete measures and solutions, the CAPEB has shown itself to be proactive and has been fully involved in all the working groups so that ambitious and binding measures emerge from these meetings. It is in fact on this condition alone that craft building companies, severely tested by the current context linked to the difficulties of supply, recruitment, and the rise in the prices of materials and energy, will be able to act fully in favor of energy renovation.

However, if some of the measures announced by the public authorities during this Conference are going in the right direction (increasing the level of advances in the public market, the continuation of the threshold of €100.000 below which over-the-counter is authorized, the reinforcement of controls to fight against illegal work, the establishment of a 4-month tolerance period during the implementation on January 1, 2023 of the REP, etc.), CAPEB notes that, at this stage, None of the provisions aimed at really boosting energy renovation (indexation of all aid to inflation, reduction by two of the remainder payable by low-income households as proposed by CAPEB, the RGE, MaPrimeRénov, CEE, ZFE – m ,...).

Exclusively, Bruno Le Maire arbitrated, at the request of CAPEB, in favor of maintaining the reduced rate VAT on very high energy performance boilers. The increase in this rate would have sent an incomprehensible signal for purchasing power and activity.

For Jean-Christophe Repon, President of CAPEB: “For CAPEB, these meetings being a starting point, it is understandable that the measures announced today are not likely to fully unleash the potential of craft building companies in the energy transition. We therefore look forward to further work so that more ambitious measures can be taken. The stakes are high. Only these VSEs, which represent 95% of construction companies, have the capacity to do so. We are already pleased to see the duration of the experiment relating to site-by-site qualification extended until the end of 2023 and to have been heard on the necessary continuation of this Assizes. The work has only just begun. CAPEB, which is the leading professional organization in France in terms of members and the majority professional organization in the field of building VSEs, will continue to show a constructive and collaborative state of mind. »