After the health crisis, the public service also adapts its offices 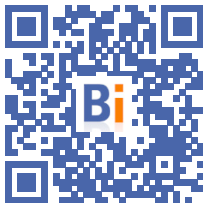 The health crisis is accelerating the transformation of workplaces in the private sector but also in public services and their administrations, which will eventually have fewer offices and collective spaces better suited to new uses, believe specialists in the question meeting in Paris on Tuesday. .

With "97 million square meters under-maintained" despite "seven billion annual expenses" in rents, maintenance and investments, the State intends to reduce the real estate wing and "free up square meters" of offices, explained Alain Resplandy Bernard, at the head of the State real estate department, which participated in "meetings around public real estate tomorrow" organized by the Ministry of the Economy and Finance.

The goal: "to reduce energy consumption by two-thirds" and "to adapt workspaces to less occupation" by public officials, who have also moved to a more sustained pace of teleworking with the health crisis.

It has been "30 years that we have been thinking about this in the private sector" to "support the reduction of about 20% of work surfaces for a better carbon footprint", assures Pierre Bouchet, co-founder of "Génie des Lieux", a firm of independent advice in studies, programs and creation of workspaces.

The Covid crisis "accelerates" things and this must "be accompanied by a better quality of occupation of workspaces", which today are only "at 30, 40%" of their capacity. "We must forget the statutory logic of space and think of it in terms of activity in the service of the collective," he said.

Goal ? Fewer appointed offices, more collaborative, open-plan spaces - while preserving privacy -, premises suitable for "passing" teams who "need to work together but not every day".

"If we go to two and a half days of telework on average, with leave, training, or people often absent, we can no longer keep an assigned office," said Mr. Resplandy Bernard. He advocates the "tribal flexoffice (non-appointed office) by business families".

In Rouen, the administrative city and its 44.000 m2 has been redeveloped in this direction, in order to regroup 1.800 workstations in the same space, and to use "50% of spaces of corridors, archives and unused surfaces", explains Yvan Cordier, secretary general of the Seine-Maritime prefecture.

In Amiens also the administrative city under construction has been "completely designed" to bring together more than 900 agents scattered in several places, explains Romain Dehedin, head of the real estate pole of the State at the joint general secretariat of the prefecture of the Somme.

For "comfort, lots of light, wood to feel good, without ever losing sight of the challenge: a layout flexible enough to deploy all the necessary work spaces, economic, energy and real estate performance".

Other projects, launched in 2018, are underway in Lyon, Toulouse, Bordeaux, Nantes and Lille, which should be completed by 2023-2024, according to Christine Weisrock, regional head of the State's real estate policy in Ile-de-France. -of France.

For her, the reception of the public must also be "improved" as well as the workspace of the agents who are in charge of it. It is a question of "reconciling" the reception "face to face", the telephone information, the making of appointments and spaces "to relax".

A reflection that cannot be exempted from the expectations of users, "who sometimes come to pay a fine, declare a birth or a death", underlines Yoan Ollivier, co-founder of the Franco-Belgian agency "Vraiment Vraiment", of design of general interest.

"Reducing the size of the walls is not enough", he says because the uses are "multiple", the "services very diverse". For him, "the whole challenge" is to "succeed in changing work practices in places" by providing "a real transition", which requires in particular "quality digital equipment" designed for those who use it.