Adoption of the Glasgow climate pact at COP26: a dynamic to be continued 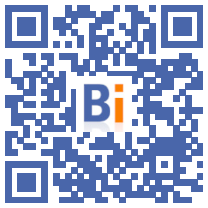 The 26th Conference of the Parties, or COP26, held in Glasgow, UK, brought together nearly 200 world leaders, as well as tens of thousands of representatives from governments, cities, regions and stakeholders non-state (companies, investors, NGOs, etc.) during two weeks of negotiations, from October 31 to November 13, 2021.

This COP was particularly important because, as the last report of the Intergovernmental Panel on Climate Change (IPCC) published in August 2021 reminds us, the world is not on the right track to stay below 2 ° C or even 1,5 ° C of global warming compared to the pre-industrial era, the long-term objective of the Paris Agreement. The two weeks of negotiations led to the adoption of the “Glasgow Climate Pact” on 13 November, making it possible in particular to finalize the rules for applying the Paris Agreement, but not fully meeting the ambitions that were fixed.

The Glasgow Climate Pact resulted in several important points that were under discussion:

Despite progress on loss and damage (notably the adoption of the functions of the Santiago Network, which aim to facilitate the implementation of support measures, and access to assistance measures), the most vulnerable countries consider these insufficient. New discussions are already on the agenda for COP27.

France is also involved in several coalitions to accelerate its fight against climate change:

France has joined the agreement putting an end to foreign financing of fossil energy projects by the end of 2022. This declaration concerns both French official bilateral development assistance and financing for France. export. It echoes the dynamic initiated by France through the international coalition Export Finance for Future (E3F).

France has also joined the international coalition Beyond Oil and Gas (BOGA). By creating an international community of practice, this alliance helps governments meet their commitment to phase out oil and gas production.

More than 100 countries have joined the Gobal Methane Pledge, launched by the United States and the European Union in September 2021. This global commitment, which aims to reduce methane emissions (2nd greenhouse gas, after CO2) by 30% by 2030, compared to 2020 levels, is the first in this area. "If we reduce methane emissions by 30%, by 2030, it is as if we were to get rid of all the boats, all the planes, all the trucks on earth, in terms of emissions" John Kerry clarified.

South Africa, France, Germany, the United Kingdom, the United States and the European Union have announced the launch of a partnership for the just energy transition in South Africa. South Africa pledges to decarbonize its electricity production (closure of coal-fired power plants) and invest in electric mobility and hydrogen, while the five partners pledge financial support of $ 8,5 billion over the next 3 to 5 years.

France's contribution to climate finance increased to $ 7 billion per year

42 countries, including France, have pledged to support “Glasgow Breakthroughs”, aimed at making innovation and clean technologies affordable for developing countries by 2030. The five sectors of activity the most emissive are concerned: electricity, steel, hydrogen, vehicles, agriculture.

Acceleration of investments and international cooperation for green electricity networks

The United Kingdom, India, France, the United States and Australia, in conjunction with the International Solar Alliance, have launched the Green Grids Initiative-One Sun One World One Grid in order to accelerate investments and international cooperation for green electricity networks.

Stop deforestation and land degradation by 2030

Around 2030 heads of state and government have adopted a declaration on forests and land use. The signatory countries, including France, thus commit to halt and reverse deforestation and land degradation by 2021. A collective financial commitment over 2025-12 of $ 1 billion, the “Global Forest Finance Pledge”, is published (800 billion for the EU, XNUMX million for France).

At the same time, 12 countries, including France, presented a commitment to protect the Congo Basin (2nd tropical forest in the world) and announced funding to the tune of 1,5 billion dollars for the next 5 years.

Reaffirmation of support for the Great Green Wall

The Because the Ocean (BTO) initiative, signed in 2015 at COP21 by 23 countries, including France, launched its third declaration. It reaffirms in particular that the protection of the ocean is essential in the fight against climate change and proposes to accelerate efforts aimed at eliminating greenhouse gas emissions from international maritime transport.

Joining the coalition on the climate ambition of international aviation, to reduce emissions from the aviation sector

France joined the new coalition on the climate ambition of international aviation (International Aviation Climate Ambition Coalition) launched on November 10 during the day dedicated to transport, with the signing of a declaration on climate ambition. The signatories undertake in particular to promote specific measures to reduce emissions from the aviation sector (sustainable fuels, carbon offset and reduction regime for international aviation, new technologies).

France signed on November 10, along with other states, cities, regions and companies, a “Call to action” on charging infrastructure for electric vehicles. As part of the common ambition to achieve zero emissions from road transport, this Call should encourage stakeholders to deploy these infrastructures.