French growth weaker than estimated in the 3rd quarter, according to the Banque de France 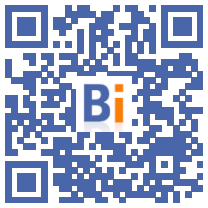 Gross domestic product (GDP) growth in France in the 3rd quarter should come out at 0,25% and be slightly weaker than estimated (0,3%) in early September, according to the latest Banque de France business survey published Monday, October 10.

"This confirms the good resilience of activity in the 3rd quarter and this confirms our 2022 forecasts (2,6%, Ed)", noted Olivier Garnier, Director General of Statistics, Studies and International at the Banque de France.

Growth in September was "stable" compared to August, despite a slight increase in activity in construction compared to industry and services, the report noted.

"All in all, over the quarter which has just ended in September, activity seems to have held up rather well, driven by the dynamism of certain market services, but also by an increase in value added in industry during the summer. “, continues the Bank of France.

"In a highly uncertain context, in particular on the cost and availability of energy", the "companies anticipate for October that activity would change little in industry and construction and would increase again in market services, but more slightly than the previous months", anticipates the survey.

The central bank also notes that the prices of finished products have started to rise again due to a strong seasonal catch-up after the summer and uncertainties linked to the energy crisis which "extend to all sectors", according to Mr. Garnier.

"29% of business leaders in the manufacturing industry say they have increased their selling price in September. This proportion is particularly high in the food industry (where 43% of companies say they have increased their prices), the chemical industry, and wood, paper, printing. It amounts to 49% for construction companies and 21% for market services", indicates the note.

The increases, which should ease slightly in October in industry (23%), services (20%) and construction (44%), relate especially to services to individuals (accommodation, catering, car repair) and transportation.

Supply difficulties continue to move away from the "April peak", according to Mr. Garnier but remain high (49% in industry, 40% in construction).

On the cash side, the industry continues to suffer, both large companies and SMEs, due to the cost of raw materials and energy.

"This degradation particularly affects certain industrial sectors such as the pharmaceutical industry, chemicals, wood, paper, printing and electrical equipment", still according to the Banque de France.

"There are starting to be fairly strong differences depending on the sector. Services continue to hold up well (...) on the other hand, industry is starting to suffer, that's a somewhat new phenomenon which is not very surprising because it is linked to the sharp increase in energy bills which count much more on the industry", commented Monday on France Culture François Villeroy de Galhau.

According to him, a recession cannot be ruled out in 2023, at -0,5%, even if this is not the most likely scenario. “If there were to be a recession, we think it would be limited and temporary (…) by the way, this justifies that we do not need a new one today, whatever the cost,” he said. -he adds.